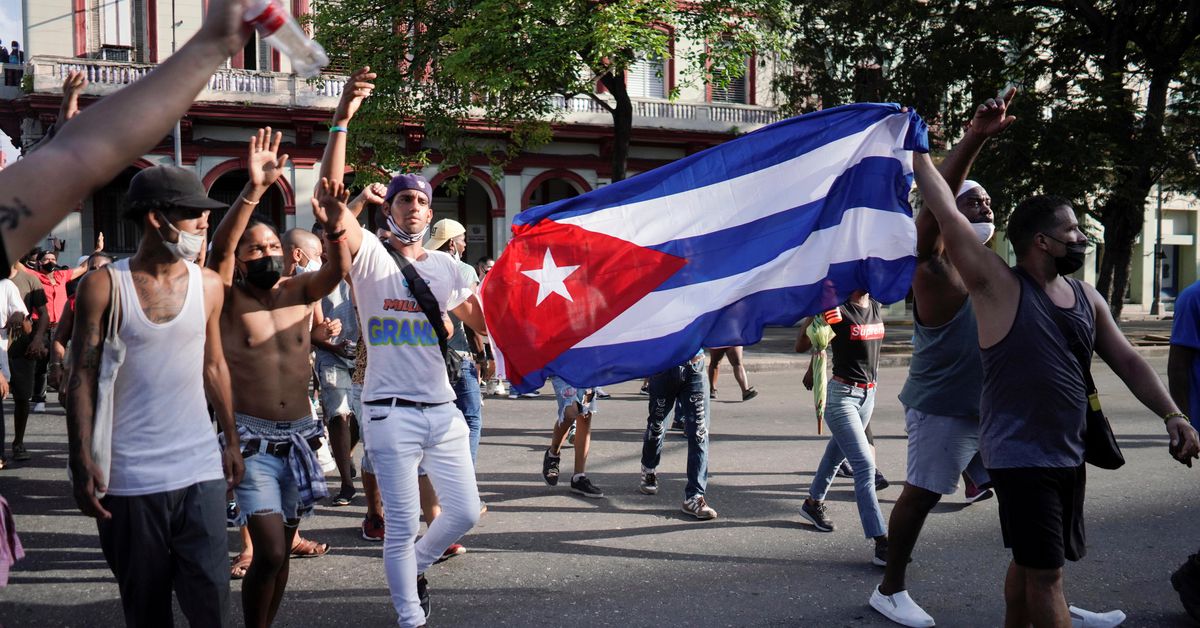 People hold the national flag of Cuba during protests against and in favor of the government, amid the outbreak of coronavirus disease (COVID-19), in Havana, Cuba on July 11, 2021. REUTERS / Alexandre Meneghini

The Toronto-based company Psiphon network receives financial support from the U.S. government and has also helped people in other countries, including Iran and China, overcome government restrictions on internet access.

Thousands of Cubans joined nationwide protests on Sunday against commodity shortages, limits on civil liberties and the government’s handling of rising COVID-19 infections, the biggest unrest in decades in the country ruled by the communists.

Psiphon said 1.389 million users accessed the open web from Cuba through its network on Thursday, as well as 1.238 million as of noon EDT (4:00 p.m. GMT) on Friday.

“Internet is on, bypass tools are working,” Psiphon said in a statement.

Psiphon said the roughly 1.4 million make up about 20 percent of Cuban internet users. Its open-source circumvention tool can be downloaded from app stores like Google Play or Apple to “maximize your chances of bypassing censorship,” according to the company. Canadian university researchers developed the software in 2007 to allow users to evade government Internet firewalls.

The Cuban government has restricted access to platforms such as Facebook and WhatsApp amid the protests, according to global internet monitoring company NetBlocks.

“We must support those who oppose authoritarian regimes,” said US Senator Marsha Blackburn, a congressional supporter of US funding for the network.

President Joe Biden said Thursday that the White House is examining whether the US government can help Cubans regain internet access. White House spokeswoman Jen Psaki dodged questions on Friday about the effort or whether Biden’s administration has reached out to U.S. tech companies.

Reporting by David Shepardson; Additional reports by Nandita Bose; Editing by Will Dunham

RBI to launch index to improve quality of financial access

Pyxis Tankers announces the closing of a follow-up public offering of convertible preferred shares for $ 6.17 million

How to get a college application fee waiver

Putnam Knows How To Invest In ESG The Authentic Way

We may soon see a profit from PEXA Group Limited (ASX: PXA)