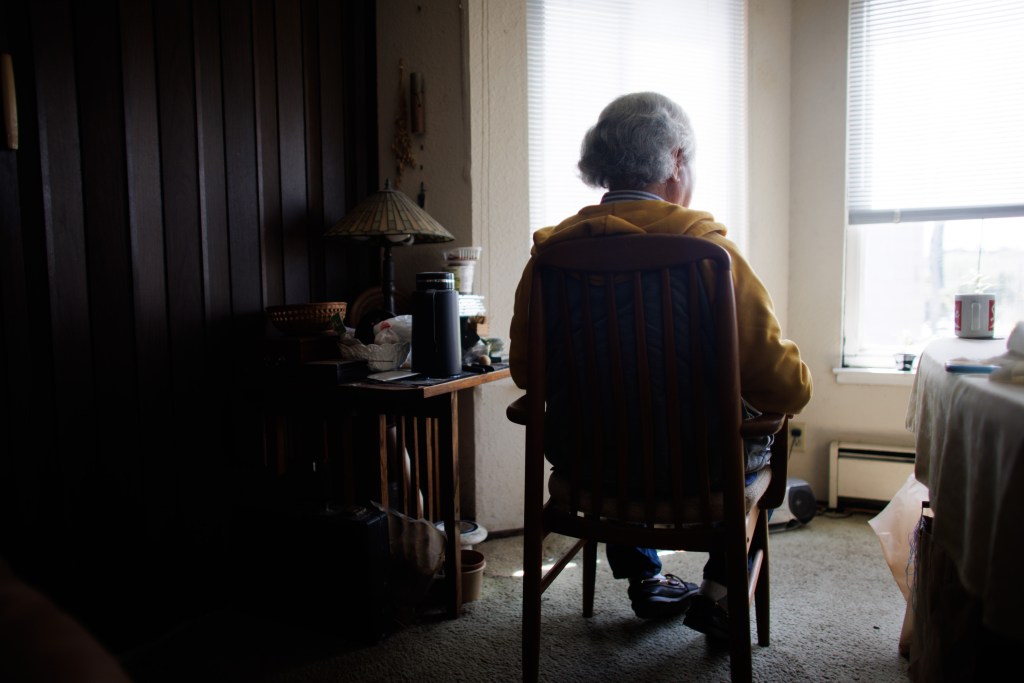 The relationship started on an online dating site. Katsumi Iwasaki was captivated by a person claiming to be an American soldier stationed in Damascus, Syria. They quickly fell into emailing “sweet things,” Iwasaki said.

The 81-year-old San Francisco man had been living alone after his partner of 22 years died of lung cancer, and the budding relationship “made me feel like I had a bright future”. After a few months of correspondence in late 2016, the person, who said his name was “James Lopez”, mentioned the gold worth $1 million. Lopez needed money to ship a cache from Syria to San Francisco for safekeeping, he said.

“I was on my own and looking for a friend, and whatever James said, I thought I was confident,” said Iwasaki, who began transferring larger and larger portions of his retirement savings to Lopez, although the couple never met. The person claiming to be Lopez promised he would split the gold when he visited San Francisco, Iwasaki said, but neither the gold nor Lopez materialized.

Cases of financial fraud against older people like Iwasaki have been rising slowly since 2016, but when pandemic lockdown measures isolated people over the age of 65 from family and friends, reported losses due to people cheating seniors jumped 30% nationally in 2020, according to a Federal Bureau of Investigation Report.

“We call it the perfect storm,” said Glen Fishman, who works for the Elder Abuse Prevention Program at the Institute on Aging in San Francisco, who has seen a “huge increase” in scams against people. elderly.

According to Comparitech, one in 10 seniors fall for a series of scams and most never recoup the losses. Instead, they find themselves with gaping holes in the savings meant to support their golden years. The rise in scams comes as one in three California seniors already lack the money to meet their basic needs, according to UC Berkeley Labor Center.

Scams range from simple to sophisticated. Targeted for their retirement savings, isolation and age-related cognitive decline, the elderly are seduced by con artists and cheated out of their savings, called in by impostors posing as Social Security or health workers. health insurance to get private information, and scammed by criminals posing as a grandson of the eldest in need of quick cash.

For Iwasaki, the relationship started with a few months of sending emails, sometimes 18 times a day. Then, over the next year, “James Lopez” convinced him to part with the $400,000 – in at least 30 wire transfers – that Iwasaki had carefully saved up over nearly two decades as a clerk at a San Francisco law firm.

“I was in love and kind of hypnotized,” said Iwasaki, who was walking to his nearby bank, Citibank, to wire the funds.

Citibank did not respond to specific questions about Iwasaki’s case. A spokesperson for the bank said in an email that they were investigating the matter, writing: “We have seen an increasing number of scams ranging from robocalls to internet and email fraud and We are deeply committed to doing our part to protect the most vulnerable in our society from financial fraud.

State regulations require bank employees to report suspected customer financial fraud to adult protective services or law enforcement. Tellers are the first line of defense for isolated seniors because they know their customers’ spending habits and can spot unusual behavior such as large wire transfers, according to the US Financial Protection Bureau.

There is little data on how often banks report suspected fraud.

When he made his first bank transfer, Iwasaki recalls being asked by the bank teller if it was safe to send the money. He said he was. It was the only time he remembers anyone at the bank asking. However, a subsequent bank transfer of $15,000 was frozen — although it’s unclear why — according to a statement Iwasaki gave to San Francisco police in December 2016 because he believed he was victim of a scam. Police said they investigated and referred the case to another Midwestern jurisdiction where they believe the fraud took place. But Lopez then reassured Iwasaki, who resumed his relationship online and withdrew more savings from his account.

Kathryn Stebner, an attorney at a San Francisco firm specializing in elder abuse law, has sued banks for failing to stop elder abuse. But lawyers willing to take on huge financial institutions are rare, Stebner said.

Those who work with victims in the Bay Area say some are being forced out of retirement, to seek cheaper housing, or even to end up on the streets.

But because victims are often embarrassed to have fallen for a scam, fear losing their independence or are unaware of the fraud, only about one in 24 cases are reported, according to a Cornell University study.

“Without a report (of the victims), we don’t know where to start,” said Jenny Pardini, education coordinator for Elder Legal Assistance in Alameda County.

Even though Iwasaki’s wire transfers were very erratic to him, he doesn’t recall his bank, Citibank, law enforcement, or adult protective services ever contacting him. Looking back, he wished there had been more communication.

After two years without any gold updates, Iwasaki’s earlier suspicions felt fully confirmed. But “even after knowing a bit,” Iwasaki said, “I couldn’t stop thinking about him.”

Iwasaki again visited the San Francisco police in late 2017 to report the scam. About two years later, in January 2020, a federal grand jury in Georgia indicted Thomas Addaquay and Clara Karabani on 14 felony counts, including money laundering, wire fraud, bank fraud and conspiracy in to commit bank and electronic fraud. The indictment alleged that the pair committed romance scams in 2016 and 2017, using false names, photos and elaborate fake stories to deceive their victims. The total amount of money at stake is not known. Iwasaki has been identified as a victim associated with the case, according to a letter sent by the Justice Department to Iwasaki.

Addaquay’s attorney, Rodney Williams, said Addaquay denies using a fake dating profile under the name James Lopez “in order to scam a cash-strapped senior.” A lawyer for Clara Karabani did not respond to a request for comment. Both are awaiting trial.

Iwasaki ended his correspondence with Lopez end of 2017. But by then, his savings were gone. Her landlord gave her a temporary break on rent. Iwasaki’s brother sent $20,000. He got food stamps and lives off his Social Security earnings.

Confined to a small fixed income for years to come, the Caribbean cruise he dreamed of when he retired will probably never happen. “There’s no way I can have such a good time in my life anymore,” Iwasaki said.

But what hurt me the most, he said, was that he was “playing with my heart.”