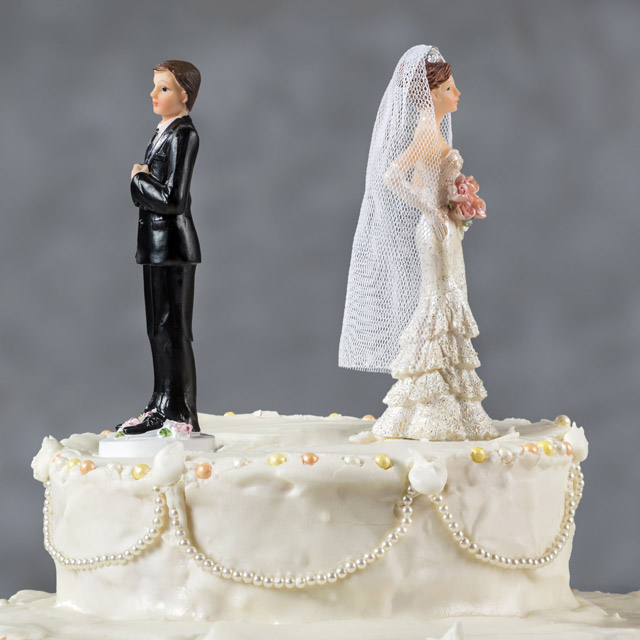 How Advisors Can Help High Net Worth Clients Through ‘Grey Divorce’

What do you want to know

As a term describing the rising divorce rate among couples age 50 and older, “gray divorce” was coined in 2004 by AARP. Dividing assets in middle age or later in life is stressful and important for most if not all couples. This is perhaps the biggest financial setback either partner will ever face. This is the reason why wealthy and very wealthy people are generally advised to bring a financial advisor to the negotiating table in the event of an upcoming divorce.

Clients should have a complete financial understanding regarding the allocation of their hard-earned assets. As a financial advisor, you must bring your expertise to bear when quantifying the couple’s long-term needs, such as asset allocation, retirement funds, trusts and complex financial investments. You will help determine the future of your customers for years to come. So how can you effectively be in your clients’ corner and be a valuable part of their representation team?

The elements that make a gray divorce more complex

While the social stigma associated with divorce has decreased significantly over the past few decades, the divorce rate has only increased among couples over 50, and more so among wealthy partners. Reasons why people decide to break up after so many years together include financial mismanagement, addiction, separation, and infidelity.

Gray divorces can be particularly dangerous to financial health. For many people, divorce after 50 comes with a significant financial shock. A study in the Journal of Sociology found that people who separate after age 50 should expect a whopping 77% fall in their assets.

What your peers are reading

Additionally, many women also experience what has been described as a “collapse” in income after a gray divorce. From 1990, the gray divorce rate has doubled in the United Statesand researchers estimate it will triple by 2030.

High net worth divorces are more complex than the average divorce because of the more complicated financial situation in which these couples find themselves. Property division becomes a significant sticking point in HNW divorces, as wealthy couples often have unconventional assets that can be difficult to assess and divide. In addition to traditional financial assets such as bank accounts, HNW couples often have one or more of the following:

Additionally, most HNW couples have complicated marital agreements, including prenuptial and postnuptial agreements, which must be thoroughly discussed and, in some cases, defended throughout the divorce process. Some of these documents are far from foolproof and leave a lot of room for interpretation.

While some US states are community property states, others are separate property states. In the first case, property acquired by either spouse during the marital union is generally deemed to belong jointly to the couple. In the latter case, the person who acquired the property generally remains the owner no matter what.

Because the legal arena of gray divorce is so complex, the advice of a financial advisor is essential for the couple looking to end their marriage. Affluent partners can involve a financial adviser in their case once their divorce settlement is agreed. Having such an expert retained early will help the client make the right decisions, revamp their life, and take control of their financial future.

The division of assets of divorced couples will ultimately depend on, among other things, the counseling services clients receive, the laws of the state where the divorce takes place, and the specific facts of the case.

How Financial Advisors Can Effectively Handle a Gray Divorce

As a financial advisor, you can help HNW partners understand their situation and how they will be affected by the separation. You will also provide additional insight by helping the couple evaluate various potential settlement proposals.

Some of the critical details you will need to know and understand before joining the table in wealth divorce negotiations are your client’s family assets, retirement accounts, debts, and spousal income. You will need to make a careful and thorough inventory of assets and debts to enable the lawyer to secure the amount to which your client is entitled.

Additionally, because divorce often involves overwhelming emotions, the judgment of HNW spouses can easily be compromised at times, leading the couple to make mistakes that could take years to recover or cost hundreds of thousands of dollars. to fix. Therefore, your involvement is of utmost importance. Here are the key aspects you can help your clients with during their HNW divorce proceedings.

Sometimes both partners in a wealthy divorce have a visceral reaction to the divorce and cling to their marital home, often triggered by emotional experiences and memories. Your role is to make them consider whether maintaining the former marital home is wise for them and their family, especially when it comes to children.

For example, if a large mortgage is attached to the property, it may not be worth keeping the house. It’s there that you intervene. You will need to run a cash flow model to determine if the cost of the mortgage plus regular bills (property taxes, maintenance, etc.) can be covered by the spouse who wants to keep the house. , and at the same time whether it also allows them to meet all their other financial needs (eg retirement savings, alimony, alimony, etc.).

Nevertheless, spouses may need to assess investments and savings and ultimately pay taxes if they sell, transfer or cash them out. You can help them by carefully analyzing the situation and possibly shedding light on the bigger picture so that the partners can make the decision. which favors each of them the most in terms of investments and savings.