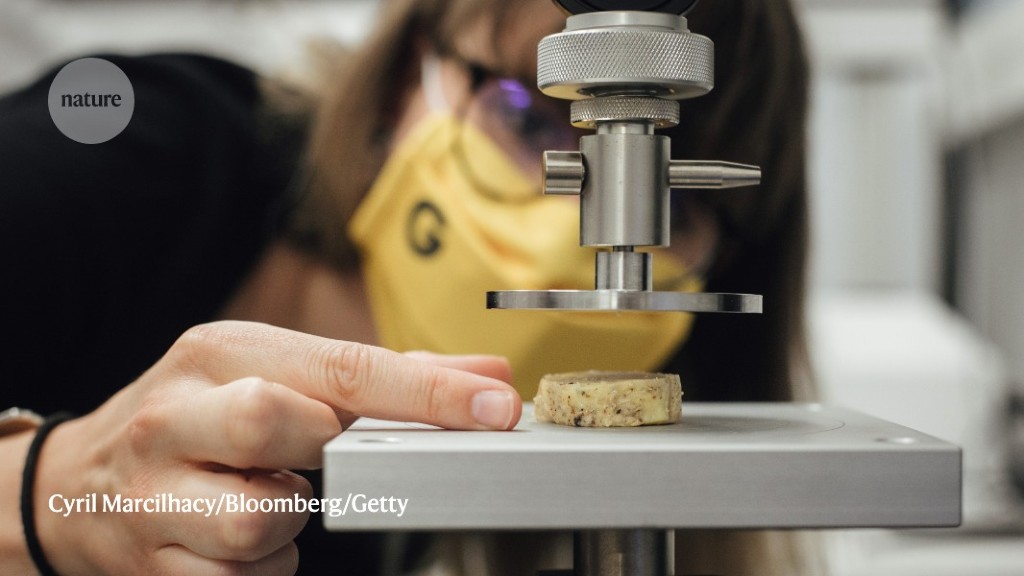 France ranked 11th last year in the Global Innovation Index (GII), an annual ranking of the innovative capabilities and strengths of most world economies. This may seem less than impressive compared to some of its close neighbours, such as the UK in fourth place and Switzerland in first place (see ‘Global Innovation Index 2021’). It is, however, a big improvement from his rankings of 16th in 2019 and 22nd in 2011.

The French do well by other measures of innovation as well. Last year, start-ups raised nearly 11.6 billion euros ($12.4 billion) in investment in the country, up 115% year-on-year, according to the international accounting firm EY. This probably pleased the country’s president, Emmanuel Macron, who launched a 30 billion euro innovation investment strategy last October and has frequently called for France to become a “start-up nation”.

Although innovation can be defined in different ways, many researchers believe that France has made significant progress. “The improvement in France’s innovation capacity that we see today is the result of many changes that have taken place over the past 10 to 20 years,” says Victor Dos Santos Paulino, economist at ESC Toulouse.

Those who have studied France’s performance in innovation say that one of the most important changes has been in the relationship between researchers doing basic research and the commercial sector. “There has been a complete transformation in the mentality of fundamental scientists,” explains Didier Roux, physico-chemist and spokesperson for the French Academy of Sciences in Paris. “Whereas 20 years ago they were reluctant to collaborate with industry, now they are eager to do so.”

Legislative developments have contributed to this change, including the “Allègre law” in 1999, named after Claude Allègre, the geophysicist who implemented it when he was Minister of Research. This allowed publicly funded researchers to keep their jobs if they launched start-ups or accepted commercial consultants. A major extension of the research tax credit scheme in 2008 also contributed to reducing the gap between basic science and industry. The scheme provided tax credits to incentivize companies to do more research and development (R&D), with larger sums for those that formed public-private research partnerships.

The creation of many more basic public-private research units called joint research laboratories has also fostered closer ties between the sectors. The National Research Agency (CNRS) has played a leading role in setting up many of them. The number of these partnerships between the CNRS and private companies has increased from 55 in 2010 to 200 in 2021.

French innovators, whether academic or from the private sector, have become more outward-looking. “It used to be possible to be a successful academic, researcher or innovator while speaking only French,” says Swiss economist Bruno Lanvin, co-founder and director of the Portulans Institute, a think tank in Washington DC which co-publishes the GII. with the World Intellectual Property Organization in Geneva, Switzerland. However, he says, this “prevented French innovations from spreading beyond the country’s borders. English has become compulsory in primary schools and today, French innovators have a more international outlook.

Many business incubators and accelerators have been set up to promote entrepreneurship and establish a start-up culture. A Survey 2020 A team from the Polytechnic University of Turin in Italy found that France had 284 start-up incubators and accelerators, more than the UK (274), Germany (247), Spain (215) and in Italy (197). “A lot of new structures have been created, both inside and outside universities, to help people launch start-ups, which we didn’t have 20 years ago,” explains Roux.

Although France is climbing the ranks of the GII, it still has a long way to go to improve its innovation capabilities, say the researchers. Roux says French politicians should reverse their trend of creating new institutions without dismantling old ones. “We have a complex picture with too many institutions involved in transferring basic research to industry, which is slowing our progress,” he adds.

There are challenges for those seeking to translate basic science into benefits for patients and customers. A aAnalysis of obstacles to innovation in Francepublished by the Council for Economic Analysis (CAE) in 2014, highlighted the fact that companies often struggle to find staff with both technical and commercial experience.

That’s still a problem, says Dos Santos Paulino, co-author of the report. “We are good at producing inventions, but there is often a lack of connection between those who make technical improvements and those responsible for selling new products and services.” Engineering schools and business schools operate independently from universities in France. Dos Santos Paulino says this restricts contact between those studying the subjects, and one solution would be more courses that combine the two approaches.

Funding for start-ups may be on the rise in France, but French innovators are still struggling to find investors in the country, especially in sectors that require larger sums, such as the pharmaceutical industry. According to international financial data company PitchBook, venture capital investments last year totaled 9.9 billion euros in Francecompared to 16.5 billion euros in Germany and 29.3 billion euros in the United Kingdom.

The lack of available funding helps explain why the French biotechnology sector is lagging behind those of Germany and the United Kingdom, explains Margaret Kyle, economist at the Mines ParisTech doctoral school and co-author of the report. . Pharmaceutical innovation: how can France catch up?, published last year by the CAE. “There has been recent improvement, but there is still a lack of funding for start-ups,” she says.

Another barrier to innovation is that decision-making is highly centralized in Paris, Lanvin explains. “Innovation is budding in places like Bordeaux, Strasbourg, Lyon, Grenoble and Lille,” he says. “These should become innovation clusters, but for them to realize their potential, we need more decentralization, with more funding coming from local entities, like in Federal Germany.”

The French government, however, has its own ideas. In 2019, he announced that he wanted to increase the country’s R&D spending from 2.2% of gross domestic product to 3% by 2030, with the state-funded share falling from 0.8% to 1%. The French Academy of Sciences says it will have little impact. “If the increase had been longer than 4 or 5 years, that would have been acceptable, but spreading it out over 10 years means it will only offset inflation,” Roux says. Others are more positive. “Higher spending will allow France to attract and retain better researchers,” says Kyle.

Ministers also announced a new tenure system for juniors, which increases the salaries of young researchers and gives them six years to be tenured. “These changes are vital,” says Lanvin. “You must offer good career prospects to your best employees.” Some academics disagree, preferring the job security of permanent positions.

The new system applies only to universities, not to large schools, the publicly funded specialized professional schools in which many researchers work. Most new university jobs are still offered under the old system, but the latest arrangements can be used at the discretion of university leaders. “It is too early to know if the changes will have positive consequences,” says Dos Santos Paulino.

Despite progress, there are still many areas where France can improve its ability to innovate. The impacts of recent changes will not be known for a few years. Politicians, economists and others will be watching closely whether France can continue its upward trajectory and enter the top ten when the 2022 GII rankings are released in September.