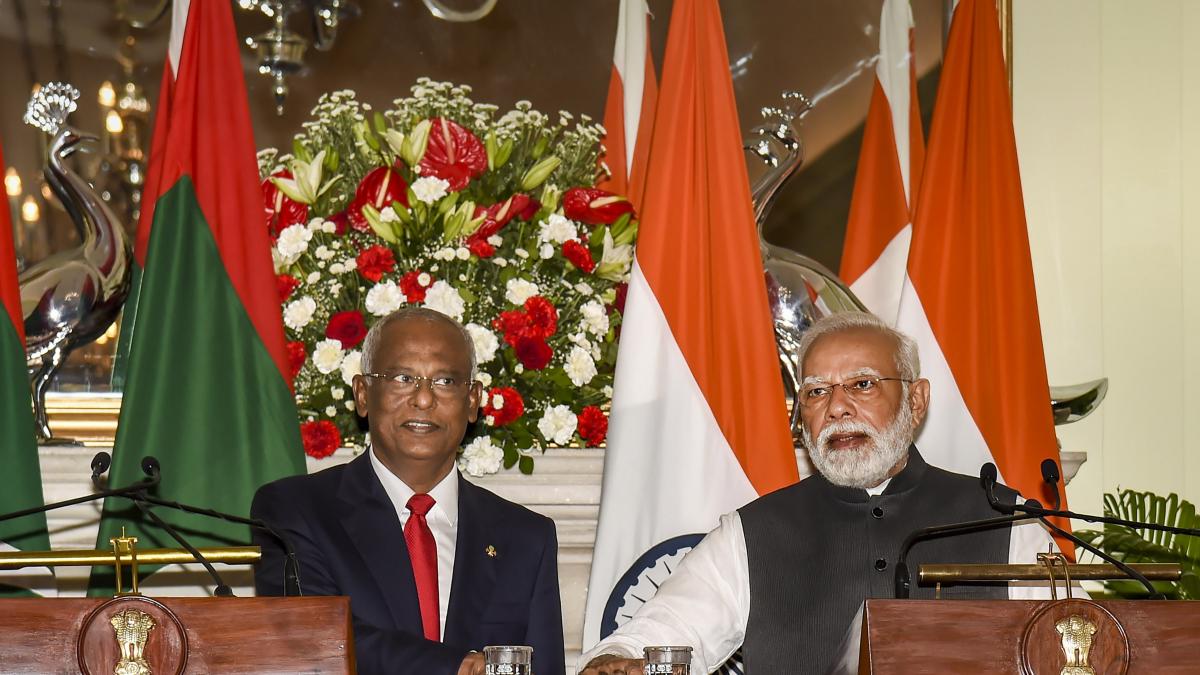 India and the Maldives on Tuesday signed six agreements to expand cooperation in several key areas, with Prime Minister Narendra Modi saying New Delhi has been and will continue to be the ‘first responder’ to any need or crisis facing the island nation. is confronted. After extensive discussions with visiting Maldivian President Ibrahim Mohamed Solih, Modi announced a $100 million (one million = 10 lakh) line of credit for the neighboring country for the completion of development projects within a specified time frame.

“We have also decided to provide an additional credit line of $100 million so that all projects can be completed on schedule,” he added.

The Prime Minister said the threat of transnational crime, terrorism and drug trafficking is grave in the Indian Ocean and that close ties between India and the Maldives are vital for peace in the whole region.

He said the India-Maldives partnership not only works for the benefit of the citizens of both countries but also becomes a source of peace and stability for the whole region.

India has been and will continue to be the first responder to any Maldives need or crisis, he said.

The six pacts signed between the two parties will facilitate cooperation in the areas of capacity building, cybersecurity, housing, disaster management and infrastructure development in the Maldives.

”Over the past few years, there has been renewed vigor in the friendly relations between India and the Maldives. Our closeness has increased,” Modi said.

He said that despite the challenges posed by the Covid pandemic, the cooperation between the two countries takes the form of a broad partnership.

In his comments, Solih said both sides reiterated their strong commitment to dealing with the threat of terrorism.

“The Maldives will remain a true friend of India… Our relations with India will always be of the highest priority,” he said.