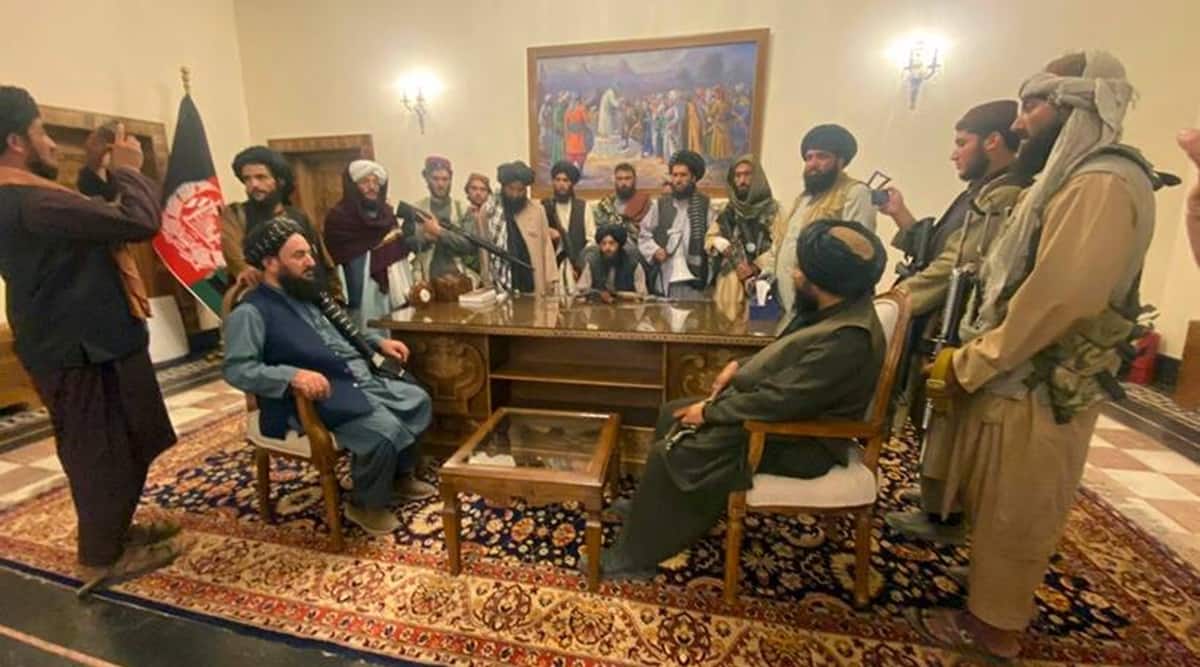 India must measure the Taliban by its actions, wait for the opening

The US withdrawal from Afghanistan as part of their unilateral deal with the Taliban ultimately looked like a rout, evoking the Saigon moment and seriously undermining its credibility. Harassed by reports of corruption and desertions, the Afghan army was no match for the religiously motivated Taliban, withdrawing in 10 days without too much fighting. The Taliban’s victory, underpinned by religious extremism and terror, could be a blow to terrorists across the region. Americans – and more so the region – continue to pay the price for their recklessness in using religious fanatics across Pakistan to dislodge the Soviet Union from Afghanistan. Pockets of protests and resistance, including in the Panjshir Valley, have been reported, but nothing looks like a viable challenge for the Taliban at this time.

The Taliban last inherited a country in ruins and ruled it with an iron fist, financing it through smuggling and drug trafficking. They have now inherited a functioning state and economy, with a reasonably good infrastructure and an ambitious class. They need qualified people, wider international recognition and assistance to keep operating. The blocking of Afghanistan’s access to its emergency assets / reserves by the US and the IMF is a sign of the problems an isolated Afghanistan may face. The Taliban are therefore trying to project a softer image by announcing, among other things, an amnesty for their opponents and the protection of women’s rights while respecting Islamic values. However, serious doubts remain about their real intentions because of their background and reports of reprisals, targeted killings and severe restrictions on human rights.

They talked about an emirate, the application of Sharia law and an inclusive government in the same breath. Regardless of the luster of inclusiveness they put on their political organization by taking into account non-Taliban faces, it will essentially be a government dominated by the Taliban with a heavy dose of their brand of sharia. It is also necessary to see how they balance the interests of the different factions of the government.

Concerns have been expressed in India over a shift in the region’s geopolitical balance in favor of the China, Russia, Pakistan and Iran axis, with China taking the opportunity to draw Afghanistan into its initiative. “the Belt and the Road” and Pakistan reproducing the scenario of the 1990s of diverting jihadists from Afghanistan to destabilize Kashmir. Although not entirely unfounded, over-reading of such possibilities should be avoided. The Chinese may be opposed to financing an isolated Afghanistan. China called on the Taliban to adopt moderate and cautious domestic and foreign policies, adding that it would only consider recognition after the installation of an open, inclusive and broadly representative government. He also expressed hope that the Taliban will firmly fight terrorist forces, including the East Turkestan Islamic Movement (ETIM). The Taliban have always existed with an ecosystem of extremism and terrorism. Warriors from Al-Qaeda, ETIM, terrorist groups from Central Asia and Pakistan fought alongside them. Islamic State terrorists are also present in Afghanistan. Concerns will therefore persist in China and Russia regarding the security and stability of Xinjiang and the Central Asian republics, respectively. Iran, too, will be concerned about the security of the Hazara Shiites in Afghanistan.

Despite the triumphalism during the Taliban victory, the national discourse in Pakistan recognizes the risks associated with new refugee flows, the emboldening of Tehreek-i-Taliban Pakistan (TTP) and extremism in general and the problems associated with it. the tendency of the Taliban to regard the Pashtuns belt on both sides of the Durand line as a continuum (Mullah Mohammad Omar had declined the Pakistani proposal to recognize this line). However, Pakistan is blinded by the urge to see India leave Afghanistan. Moreover, in the face of threats from the TTP and other groups in the West, the broader international consensus against terrorism, and the scrutiny of the Financial Action Task Force, Pakistan may have to think twice before. to get out of its current mode of detention on Kashmir.

There are criticisms that India did not build bridges with the Taliban even after the United States agreed with them. There are behind-the-scenes contact reports with them and the official position is that India is in contact with all stakeholders. Could India have done better? Wringing our hands in the face of our current dilemma ignores some realities on the ground. First, the obvious difficulty of building bridges with the Taliban, an organization dependent on Pakistan for diplomatic support, sanctuaries and their war effort. Second, India does not have direct access to Afghanistan. Third, putting Indian boots on the ground in sizable numbers will pit them against Pakistan and its proxies, who have a considerable logistical advantage. Therefore, India has to rely on others for its security – the US security blanket of the past 20 years, which is now gone.

Can India count on the Taliban, whose Haqqani faction is known as a virtual wing of the ISI, for security and to do business with them? We will have to seek answers to these questions through discreet contact with the Taliban, because we care about the Afghan people and must not indefinitely abandon this strategically important space in our neighborhood. Friendly countries like Russia and Qatar can help. While advising moderation and promising a continuous development partnership, we should judge the Taliban primarily on their security guarantees, including the ban on the use of their territory by anti-Indian terrorists and the ability to deal with us independently of the government. Pakistan.

For the moment, it is the wait-and-see attitude for India, as for other countries. The first priority is to get all Indian nationals out of Afghanistan. India should also join in any international effort to deal with the looming humanitarian crisis in Afghanistan. In the future, if the Taliban act wisely and build an inclusive and stable system, they may be able to gain international recognition and reduce their dependence on Pakistan. If, on the other hand, they stick to their old ways, they can end up generating opposition, violence and instability in the country, exacerbating the concerns of Afghanistan’s neighbors. Each scenario will hold openings for India.

The writer is a former high commissioner to Pakistan. Views are personal