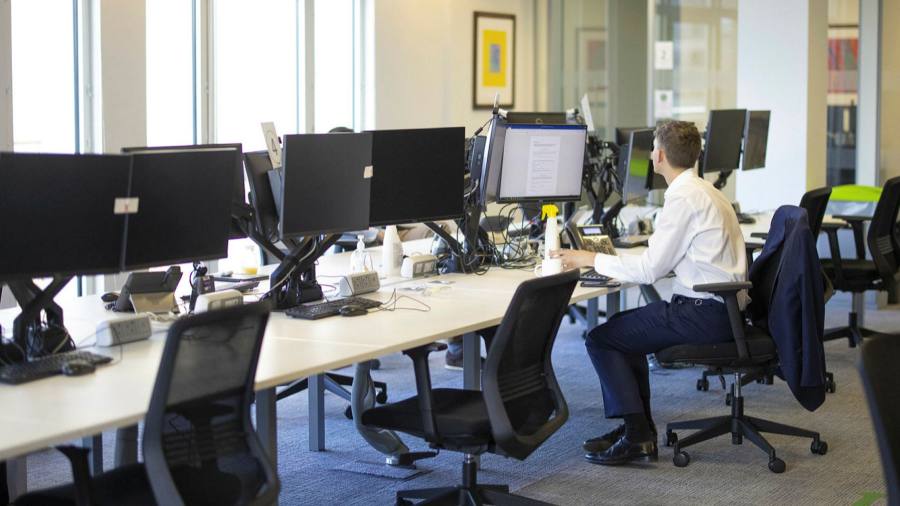 Last month I went to the office for the first time in over a year. It was a joy to see colleagues and a novelty not to make my own lunch. But after a while, I wanted to come home, because I had to work.

Office buildings were designed for people to work in. Our hastily built home â€œofficesâ€ (mine is a small desk in the corner of the bedroom) were not. Still, I don’t think I’m the only one who finds that I can do some parts of my job more efficiently from home – a fact that tells us something important about 21st century office design.

I’m not an office refusnik. In fact, I am a fan. There is plenty of evidence to show how important it is for colleagues to meet in person. Without the office, we don’t meet colleagues we haven’t seen in a while while brewing a cup of tea, or overhear conversations that spark new ideas or collaborative projects. I realize that I miss colleagues with whom I have never worked directly.

Research suggests that there is value in these â€œweak bondsâ€ – relationships between people who don’t work closely together but get to know each other over time. Awkward attempts to recreate such moments while on lockdown (an app posts questions in Slack to encourage â€œchanceâ€ conversations such as â€œWhich movie can you quote the most?â€) Only show how impossible they are to force. .

Over the past decades, desks have been redesigned with the value of interaction in mind. The walls of the cabins were steadily lowering. Finally, they have completely disappeared in favor of large open spaces. The idea was to promote more transparency, innovation and communication. It was also a great way to save money by bringing people together more closely. Data from the British Council of Offices shows that the average amount of space per workstation has decreased since 2008.

But in search of more interactive spaces, we’ve lost sight of how the human brain actually works. Research shows that noise volumes in open-plan offices can cause high levels of epinephrine, the hormone that helps us beat, run, or freeze, rather than focusing on our work. Hearing â€œhalf-paymentsâ€ when colleagues are on the phone can be annoying as our brains try to fill the other half.

The lack of private space in many offices also makes us uncomfortable. Lena Nyholm and Mia Ohrn, Swedish interior design strategists who want to inject neuroscience into office design, say even decor matters. Our brains respond better to blues and greens, says Nyholm, because they imply a fertile landscape with lots of food. But many offices have white walls, black chairs, hard edges, and few plants. “When we look with those eyes in the workplace, it looks like winter – the brain is stressed, there is no food here, no heat.”

In fact, the problems with open plan offices could undermine the very benefits they were meant to offer. Ethan Bernstein, associate professor at Harvard Business School, studied two large American companies that have moved on to open concept designs. He used wearable trackers and email data to measure changes in worker interactions. In both cases, the volume of face-to-face interactions has dropped dramatically, while email and instant messaging has increased.

â€œRather than spark an increasingly dynamic face-to-face collaboration, open architecture seemed to trigger a natural human response to social withdrawal,â€ he concluded. In another study, he found that intermittent rather than constant social influence produced the best performance among people trying to solve problems together.

The pandemic gives us a chance to make a fresh start. We need to meet, collaborate, pull the breeze and enjoy the hubbub, but many of us also need access to quiet corners to do certain elements of our work well. It will likely take some trial and error to strike the right balance.

Matthew Davis, an associate professor at the University of Leeds who studies post-Covid office design, says some employers are turning their desks into flexible ‘collaboration’ spaces assuming people will do their targeted office work from home. He says employers are asking, “How do we get the space to encourage more chance encounters, more social activities?” “

It is too early to know if this will work in practice. Would it seem strange to you to put a slit for â€œfortuitous conversations at the officeâ€ in his diary? Davis also warns that these new hyper-social office designs could “inadvertently exclude” some employees if they don’t have space to work from home.

Yet employers are right to experiment. The office is not yet dead. If we recognize his weaknesses and play on his strengths, he could have a whole new life.

No deer hunting within Alexandria city limits this year