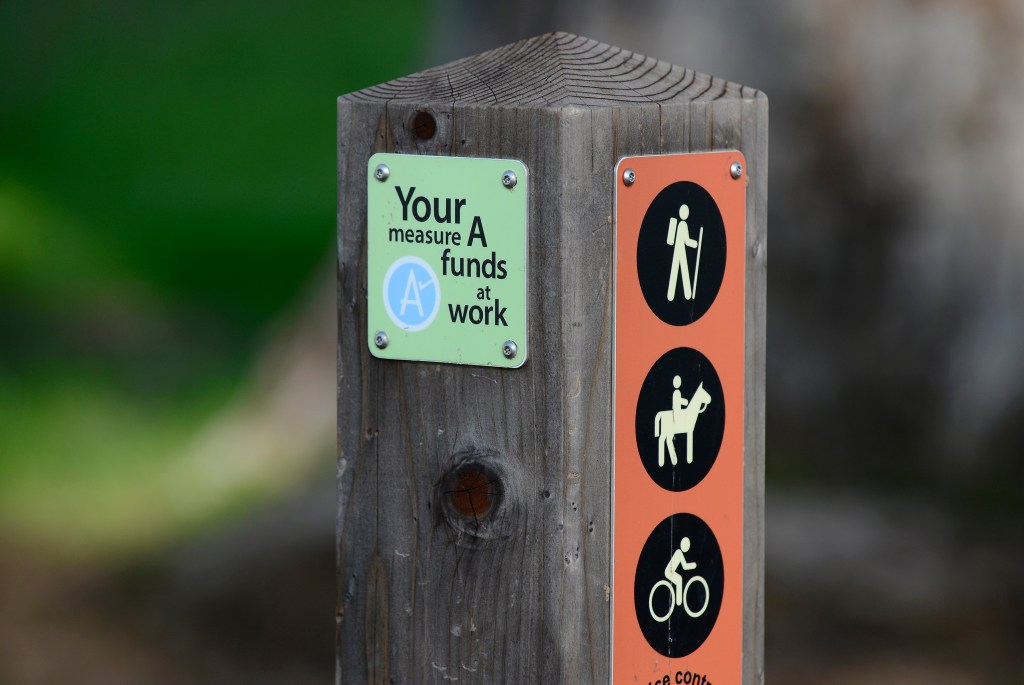 Measure A’s path to the June 7 primary ballot has been torturous, littered with controversy and obstacles.

The measure asks Marin voters to renew a quarter-cent sales tax they approved with a more than 74% margin in 2012.

If the measure is approved by two-thirds of voters, 65% of the projected $14 million in annual revenue will go to maintaining county parks and open spaces. Another 15% will go to cities and towns in Marin to help fund their parks, open spaces and recreation programs. These allocations have not changed since the approval of Measure A in 2012.

The conservation district will receive one-fifth of the total earmarked for agriculture, and the rest will fund a grant program for a variety of sustainable agricultural uses, including community gardens.

There’s a lot at stake for Marin County Parks, which relies on revenue from Measure A to pay the salaries of many of its employees. Revenue from the tax measure ended when it expired in March, and even if the measure is re-approved by voters next month, tax revenue will not resume until November.

Max Korten, director of the county’s parks department, has set aside enough money to keep it running through December.

The amount of Measure A money spent on agricultural easements became a hot issue in 2020 when Ross resident Ken Slayen accused the Marin Agricultural Land Trust of using Measure A funds to enrich the current and former board members.

Slayen brought his charges after his 2015 bid for a conservation easement from the nonprofit was rejected. The allegations were ultimately dismissed by Marin County attorney Brian Washington and the State Fair Political Practices Commission.

Then, in July 2020, MALT returned $833,250 in Measure A funds the county gave it to help purchase a $1.66 million agricultural easement on the 326-acre Dolcini-Beltrametti Ranch in 2017. The County asked MALT for a refund after the trust admitted failing to disclose an appraisal of the property that would have reduced the grant.

Since then, two executive directors of MALT have resigned – Jamison Watts in July 2020, followed by Thane Kreiner in December.

Marin supervisors had hoped to ask voters to renew Measure A in the November 2020 election, but delayed the move due to the pandemic.

An attempt to put the renewal proposal on the governor’s recall ballot in October also failed, and an earlier spending plan that would have further reduced the allocation for agricultural easements was reshuffled after objection from the farming community.

To complicate matters further, the approval of the National Park Service’s land management plan in the Point Reyes National Seashore last year generated additional controversy regarding Marin’s agriculture. Cattle ranching continues on some 28,000 acres within the 86,000-acre shoreline and nearby Golden Gate National Recreation Area. The management plan allows the park to extend leases from five years to 20 years.

This go-around, Measure A encounters more opposition than in 2012.

“Our goal is to revise Measure A to be more fair, environmentally friendly and publicly responsible, and bring it back to the ballot in November,” said Susan Ives, vice president of public affairs at the Trust for Public Land.

Another member of the group, Martin Griffin, co-founder of Audubon Canyon Ranch, said, “We don’t think public money should be used to subsidize Marin’s biggest landowners, the same ranchers who occupy and have installed over 300 miles of barbed wire fencing on public lands along our national coastline.

Also, a group calling itself the Marin Alliance for Public Lands has created a website, although it has not formed a committee to raise funds.

Miyoko’s Creamery founder Miyoko Schinner, another prominent opponent of Measure A, said she would rather see her earnings used to regenerate farms and ranches in West Marin.

“Why not make it a really bucolic scene by returning it to nature?” said Schinner, whose Sonoma-based company makes cheese and butter from plants instead of cow’s milk. “There is ample evidence of the impact of all animal agriculture as we practice it today on climate change.”

Opponents of the measure also claim that the primary rationale for agricultural easements, to ensure Marin’s farmland is not lost to development, is no longer valid.

“It would take a lawsuit against the county to undo A-60 zoning, and there’s no water for subdivisions,” Griffin said. County Zoning Regulation A-60 allows only one home per 60 acres in areas zoned for agriculture.

Proponents of Measure A, however, say the focus should be on the 80% of Measure A revenue going to maintaining parks and open spaces rather than the 20% going to agriculture.

“Any apprehensions about the effectiveness of farm land trusts are more than offset by the clear benefits Measure A will bring to the Latino immigrant community and other underserved communities in Marin County,” said Aaron Burnett, director of the advocacy for Canal Alliance.

“The creation of community gardens combined with increased access to farmland and low-cost farming would be a boon to the vitality and resilience of the Canal community and beyond,” Burnett said. “In addition, Measure A would provide the necessary funding to improve equity in access to the same parks and recreation facilities that the Measure aims to improve and restore.”

Bill Long, chairman of the Marin Open Space Trust, which donated $10,000 to the campaign committee backing Measure A, said critics’ focus on the impact of agriculture on wildlife and global warming oversimplifies the role of agriculture.

“The alternative could be much more damaging,” Long said, “particularly in terms of fire hazard.”

Long says cattle grazing reduces the amount of flammable vegetation on West Marin land. In addition, the new spending plan for Measure A increases fuel reduction spending in county parks and green spaces. Of the 65% of total revenue earmarked for county parks and open spaces, a quarter will be dedicated to reducing fuels.

Kentfield resident Mimi Willard, chair of the Coalition of Sensible Taxpayers, estimated that this will amount to around $2.5 million a year in spending to reduce fuels. The organization, which had threatened to oppose the measure if too little revenue was allocated to fire prevention, chose to remain neutral.

The Marin Conservation League also donated $10,000 to the committee supporting Measure A.

“MCL refutes two misconceptions: that running a Marin family dairy makes you rich (in fact, many Marin farming families must maintain outdoor occupations to make ends meet), and that zoning alone can provide permanent protection of Marin’s working lands from the threat of development as land values ​​increase,” Nona Dennis, a leader of the organization, wrote in an email.

Speaking on behalf of the Sierra Club Marin group at a meeting of Marin supervisors in October, Barbara Bogard said the group was concerned there had been no discussion about the use of Measure A funds. to provide partial reparations to both the Coast Miwok Tribal Council of Marin and the Federated Indians. by Graton Rancheria.

Last week, the Marin Measure A campaign committee announced it had received a $100,000 contribution from the Graton Rancheria Federated Indians. Greg Sarris, the tribe’s chairman, said renewing the levy will help the county’s natural areas “continue to thrive.”

“Environmental stewardship is vital to the mission of our tribe,” he said.

On Monday, the Measure A committee reported receiving a $10,000 contribution from MALT, bringing the campaign’s total donations to around $143,000. In 2012, MALT donated approximately $63,000 of the approximately $170,000 raised to fund the campaign.

“More financial support will be coming in over the next month,” said Barry Barnes, a political consultant working on the Measure A campaign.