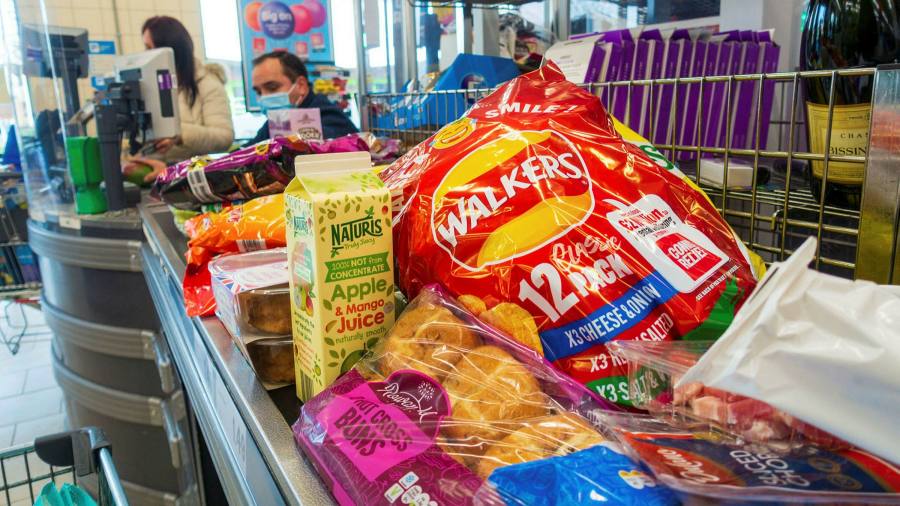 Ministers plan to reject key recommendations from a major review of England’s food strategy as Boris Johnson seeks to win back support from right-wing MPs and avoid hitting households with new spending amid the cost crisis of life.

The review, led by Henry Dimbleby, founder of the Leon restaurant chain, was commissioned in 2019 by Michael Gove and was billed as the first independent assessment of the whole of England’s food system in 75 years.

Dimbleby released the second of two reports last year and called for urgent changes to UK food production in a bid to tackle obesity and climate change.

But a draft of the document, seen by the Financial Times, rejects Dimbleby’s recommendations to introduce a sugar and salt reformulation tax, guarantee farm subsidies until 2029 or invest £1billion in agriculture. innovation in the food system.

The rejection is the latest example of Johnson’s government backing away from policies perceived as ‘un-conservative’ or ‘anti-business’ as the embattled prime minister, who survived a confidence vote of just 59-41% on Monday , is trying to rebuild support within his party.

The draft white paper, dated May 2022, says the government accepts “much of the analysis” and “the majority of the recommendations” from Dimbleby’s review.

Ministers plan to advance initiatives such as mandatory health reports for large food companies and support for alternative proteins such as plant-based meat substitutes and lab-grown meat.

Dimbleby had said the measure could bring in £2.9-3.4 billion a year, with some of that revenue being used to buy fresh fruit and vegetables for low-income families.

Government officials said it would be politically foolish to introduce the new tax as households grapple with a wider cost of living crisis. “Same [Dimbleby] realizes you can’t do it right now when the families are under stress,” one said.

The move comes weeks after ministers opted to delay measures to curb junk food promotions and advertising which were due to come into force in October, again citing the cost of living crisis.

Dimbleby urged the government to secure the current farm payments budget until 2029 to help farmers switch to more sustainable methods. However, the draft document ignores this request and reiterates the commitment to preserve the budget in the current parliament, or until 2024.

An Eustice ally said: ‘We don’t want to tie the hands of a future government.

The document also does not accept a recommendation that the government allocate £1billion to food innovation – although ministers plan to set up a ‘What Works Centre’ to gather evidence on new farming methods, a another of Dimbleby’s ideas.

The white paper does not adopt a recommendation to label foods with their environmental impact, but undertakes to modify labeling related to animal health and welfare.

The report has been rewritten since Russia’s invasion of Ukraine with more emphasis on food security. He says the UK is highly self-sufficient in wheat, beef, milk, lamb, poultry and carrots, with a total food ‘production to supply ratio’ of 74%.

But the government will push for greater production of certain products, such as cucumbers and tomatoes, which currently come mainly from abroad. The report argues that national production could be increased through better use of greenhouses.

Rob Percival, head of food policy at the Soil Association, said the white paper was “not ambitious enough and represents a huge missed opportunity”.

Louisa Casson, head of food and forestry at Greenpeace UK, said: “Ministers turned a blind eye to the vast majority of recommendations from the independent review they themselves commissioned. They ignore science and their own experts.