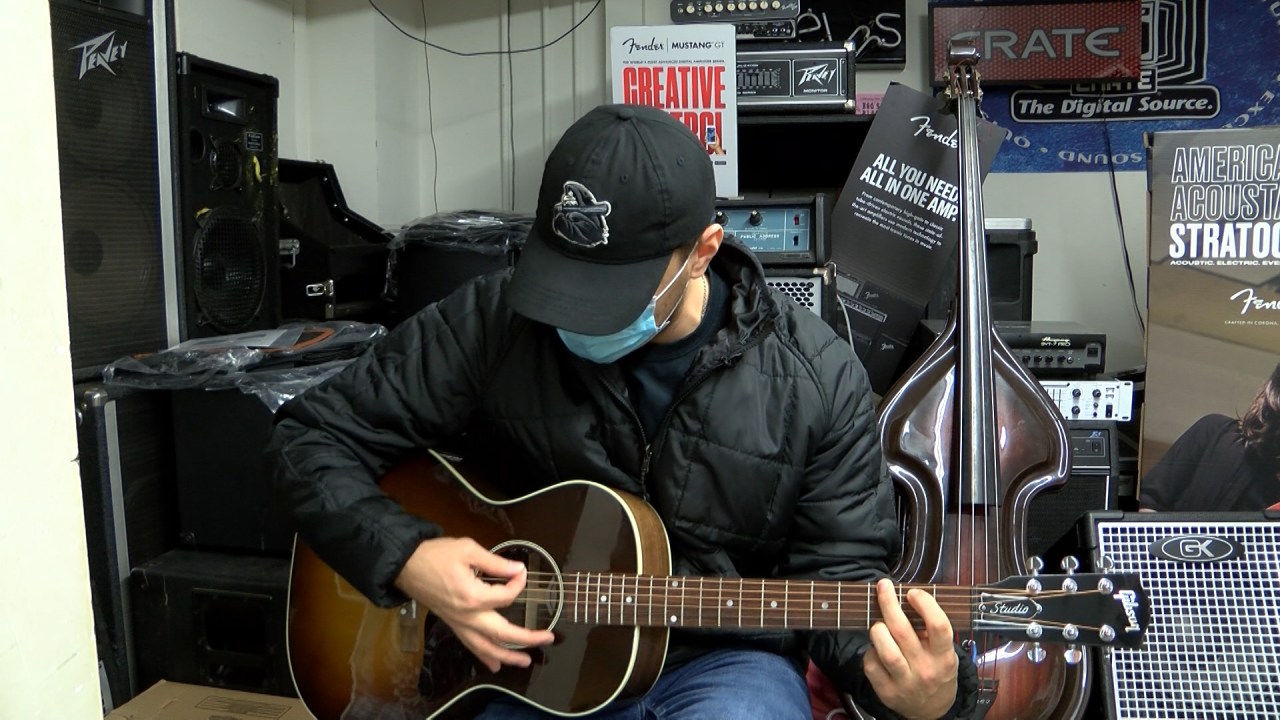 The program would provide thousands of artists with $1,000 a month for 18 months – with no strings attached – and give 300 people $65,000 in collaborative artistic jobs.

Artists can apply here and are due March 25. Beneficiaries of the employment program will be announced in June 2022.

Sarah Calderon, executive director of Creatives Rebuild New York, explains that this program was designed to be a three-year “catalytic investment” plan. Funding comes from the Mellon Foundation — which has committed the lion’s share of $115 million — and the Ford Foundation and Stavros Niarchos Foundation, which have each committed $5 million.

What it does for artists

“So this was first thought of (as a) response to COVID…really thinking about COVID relief,” Calderon said. “We started thinking about what was happening to artists and really understanding the loss of arts that we are facing across the state.”

Calderon said the Mellon Foundation, which frequently donates a lot of resources to arts organizations across the state, believes a universal basic income would be the best way to support artists. They originally based the model on other cities implementing similar programs, like St. Paul or San Francisco, and going back to the Comprehensive Employment and Training Act of the 1970s in New York State.

Calderon adds that while this program applies to a wide range of artists, the program also aims to highlight the effect gig workers have on the economy. By providing an “economic floor,” it allows artists and gig workers to focus on their art — or craft — and continue contributing to our culture and economy.

And unlike a more typical grant in the form of a lump sum, these basic income plans have no projects, requirements, or anything else attached. If you’re chosen for Basic Income, you get it, and that’s it.

“We don’t consider this to be merit-based, and the application is not meant to be onerous,” Calderon said. “And the goal is not to pit artists against each other to apply for this.”

So who can get these grants, anyway? Calderon said they have a “broad definition” to define what an artist is, allowing for the largest number and the most diverse pool of applicants.

“They are the creators of culture and the bearers of culture,” Calderon said. “If you want to look at specific disciplines, and everything else, it’s all there. But for guaranteed income, there are eligibility requirements.

To determine who gets chosen, Creatives Rebuild New York used a model developed by the University of Washington called “the self-sufficiency standard.” It balances the applicant’s income, the number of adults in the home they live in, and the cost of living in the county in which the applicant lives. The model then generates a number. Calderon says this will reduce geographic bias and help their mission to get artists paid across the state, not just New York. It will then enter what Calderon calls “a random weighted process”.

“We truly believe that artists exist everywhere,” she said. “We know what a rich artistic and cultural community Rochester is and its surrounding communities. We know that we know artists are everywhere in every community. And we hope to do that kind of stuff in the end.

The Big Questions and the Big Picture

“We’ve been set up to really catalyze that work to see what’s happening with that right,” Calderon said, while pointing out that numerous studies have shown that at a basic level, guaranteed income works. “What does this mean? What does this mean for artists? How much? How much more art can they make? How can they reflect more on their artistic practice? How can they to experience some freedom and decision-making by having either a full-time job or a guaranteed income?What does that accomplish for people?

“So it’s not necessarily how to create more guaranteed income for artists, but also how to change policy so that when guaranteed income happens in a place where artists and other gig workers stand in solidarity with other workers concerts are really thought out and understood. their particular needs in this way,” she said.