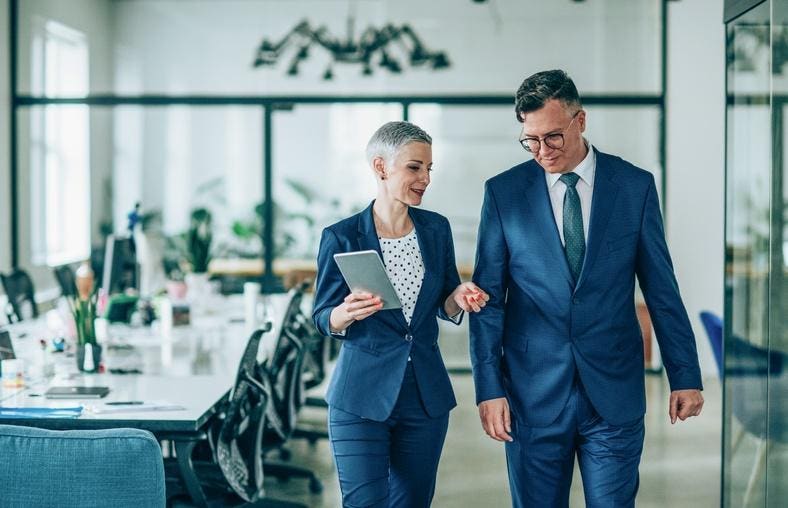 Permanent advisors have invested their whole lives in building a business with real value, but many of them do not have a succession plan. Why the delay? And what are their options?

Succession planning has become one of the hottest topics in the industry and a key driver of the advisor movement. In their recent study, The impending cliff of succession, Cerulli said more than a third of advisers are expected to retire within 10 years, setting up the transition for nearly 40% of assets. Yet some 26% of advisors still do not have a succession plan in place.

While the lack of a plan is often blamed on advisor myopia, the real issue that has been playing out behind the scenes reveals a dearth of next-gen talent available to succeed those who are about to take their retirement.

Advisors have invested their entire lives in building a business with real value. Yet this value can only be realized if they have a new generation in place who can provide continuity, i.e. not only sustain but also grow the business into the future.

The dilemma for many senior advisors who don’t have a new generation in place is whether there is a suitable successor within their current business and local market. When they can’t find the right fit, soon-to-retire advisors often choose to explore options elsewhere to increase the potential number of suitors for their business.

Yet even advisors who have a new generation are struggling with the notion of how they will monetize their life’s work at the end of the day. As a result, most wealth management firms have developed programs – such as Merrill’s CTP (Client Transition Program), Morgan Stanley’s FAP (Former Advisor Program) and UBS – which allow senior advisors to retire locally. and the next generation to own the business over time.

Certainly, for advisors who are confident that their business will be the right legacy for their business, their clients, and the next generation, these onsite retirement programs are a gift. They provide a path of least resistance, rewarding senior advisors for their loyalty and next-generation heirs with a way to grow their business. But there are considerations that many advisors are unaware of when considering the next steps in their careers.

Senior Advisors need to be crystal clear about the ties between them by fully understanding the agreements they sign – especially any post-employment restrictions – because ultimately they are giving up their working lives to the company .

For the next generation, however enticing the possibility of “inheriting” a book may be, these programs are powerful retention vehicles, tying inheritors to their business for five years or more. If these heirs plan to change companies or models before meeting the terms of the agreement, they may find the transition more difficult or more costly.

The message here – whether you are the soon-to-retire advisor or the heir to the next generation – is that it is imperative to be thoughtful and deliberate before signing an inheritance contract that will bind you and your company to your practice for an indefinite period. Be 100% certain that you can live with any changes that may occur during the term of the agreement. Know your options: because giving up optionality means losing control of your destiny, and your destiny should be yours alone.

That said, for those who choose not to sign, there are other avenues of succession to consider:

It’s a path that often attracts next-generation talent drawn to the idea of ​​becoming non-corporate entrepreneurs.

If a senior advisor is lucky enough to have a next-generation partner ready to do the heavy lifting of a move to independence, developing a personalized succession plan that identifies exactly when and how the advisor principal could retire offers the highest level of control.

Additionally, for those aiming for the long term, independence is a way to unlock the true value of the business.

Senior Advisors who feel that their company may not be the right long-term partner, but still want to stay in the game for at least the next five to ten years can choose to “move once and monetize twice.”

That is, monetizing the business in the short term by moving to another traditional business and taking advantage of a large recruiting contract, and monetizing again when they retire through the new business’ sunsetting program.

This can be a lucrative and efficient way to continue to leverage the global resources of a large company and not lose the opportunity to remove important chips from the table.

3. Customize your own inheritance contract.

There is yet another path that we see with greater frequency. That is, one in which senior advisors identify a trusted family member or other generation to succeed them.

If they collectively decide that their company’s on-site retirement program is too restrictive, they can engage legal counsel to craft a custom agreement outlining the parameters of the partnership, including the lead counsel’s retirement process and purchase of the company by the new generation.

This makes the senior advisor’s retirement less “prescriptive” and more of a personal agreement between the parties involved by removing their business from the equation.

While many permanent advisers have postponed thinking about their future, the good news is that it’s not too late. In an evolving landscape, there are several options to consider, each offering ways to ensure business continuity and a path to monetization.