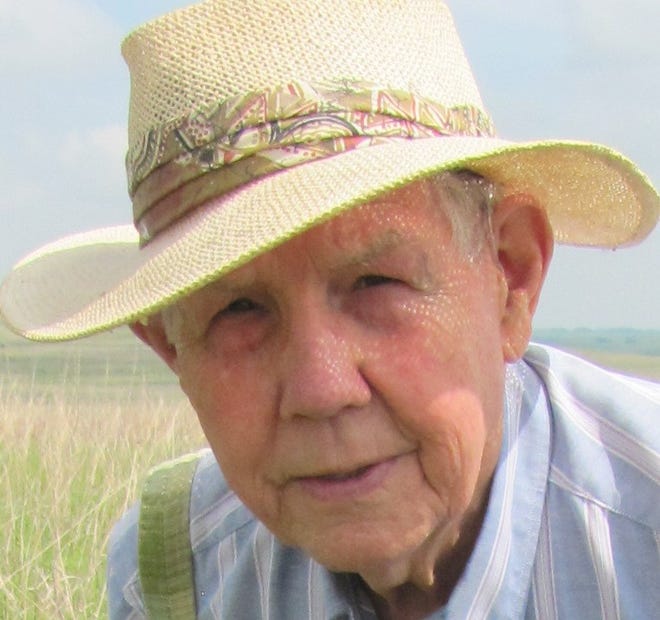 Scaling Up Medicaid Is A Giveaway For The Poor, But It Makes Financial Sense

Growing up as kids in Oklahoma, my friends and I prided ourselves on silly jokes, “Why did the idiot hit his head with a hammer?” Because it was so good when he stopped.

But here in Kansas, we idiots don’t stop. We continue to hit our hospitals, our poor and ourselves – simply to block the expansion of Medicaid while denying ourselves a chance to be decently Christian. I mean Christian as defined by Jesus in his parable of the Good Samaritan, whose commandment concerning a wounded was simple: “Take care of him …”

This is too much to ask of our Republican legislature. They left Kansas stranded among 12 recalcitrant states in the Union, while the remaining 38 extended Medicaid. We are thus depriving not only the poor patients but also the hospitals and their workers of a federal geyser which since 2014 could have lavished nearly 5 billion dollars on our State.

Check out the minute-by-minute bleeding from our losses on the Kansas Hospital Association dollar odometer.

Meanwhile, the federal taxes we pay the Kansans have expanded Medicaid to these 38 other states. This includes the states that surround us on four sides: Missouri, Oklahoma, Nebraska (all three Republicans) and Colorado. It turns out that the government of these three countries does not, after all, represent their citizens, who have been forced to bypass their own legislatures and vote on voting initiatives.

Our Conservative leaders in Kansas have created a private version of Medicaid called KanCare. A single parent earns too much to qualify for KanCare if they earn more than $ 8,345 per year for a family of three. So to top up that money, she can leave the kids at home while she works in the fast food restaurant for our Kansas minimum wage of $ 7.25 an hour.

Yet, due to the income limit, even that pitiful salary would disqualify her for KanCare. Under a law signed by President Ronald Reagan, she can go to a hospital emergency room, but only for today’s illness. No family doctor for her. In 2016, I discovered how stingy Kansas politicians threaten the lives of even middle-class families.

My 80 year old wife Lenore and I had just returned from a visit with our daughter to Florida when she started to feel unwell. At 11pm, we drove to the University of Kansas hospital, only to find the emergency room crowded with poor families. Most were not desperate. They were simply seeking the only medical care available to them, thanks to the law signed by Reagan.

My wife and I became exhausted over the hours of waiting, midnight, then two, then four. Insomniacs for more than 20 hours, we got up to go home while the attendant begged, “Wait!” Wait! I’ll let you in.

And he did, allowing X-ray technicians to detect a fist-sized pneumonia knot in Lenore’s right lung. She spent three nights in the hospital taking antibiotics and made it home – a victory for the ER, that rare medical place where the poor and the middle classes meet. Lee Norman, the hospital’s chief medical officer at the time, said if the poor had Medicaid they could get family doctors, keeping them away from very expensive emergency care.

“Then we wouldn’t have to write off $ 30 million a year as bad debt,” he said. With the expansion of the KU emergency room and a new patient wing, the situation has improved considerably.

Republicans often deny benefits to the poor as a weapon to win legislative battles. When few Republicans joined Democrats in passing the bill, Kansas Senate President Susan Wagle blocked the vote, demanding that the deal include an anti-abortion measure. When it was re-enacted, Gov. Sam Brownback vetoed the bill because it lacked job requirements and did not fund Planned Parenthood.

Expanded Medicaid is indeed a giveaway to the poor, but barely a fraction of the American giveaways to the rich: the tax deduction for yachts, the mortgage interest deduction on large homes and second homes, the deductions for ‘meals’. business’ in five-star restaurants, -the best subsidies to wealthy farmers, lax enforcement of millionaire tax evasion, as well as local tax freebies that we provide to developers to build shopping malls, office buildings and buildings. apartments, auto factories and more.

So stop it, you Kansas lawmakers. You too, the politicians of Missouri, Oklahoma, and Nebraska, all forced to watch the sidelines as your own citizens do the Christian deed and embrace the expansion of Medicaid. Stop making fun of the poor. Like that jerk I mentioned earlier, stop hitting yourself on the head with a hammer. You will then feel so good about yourself.

Longevity annuities can be a great deal for seniors. But few people buy them