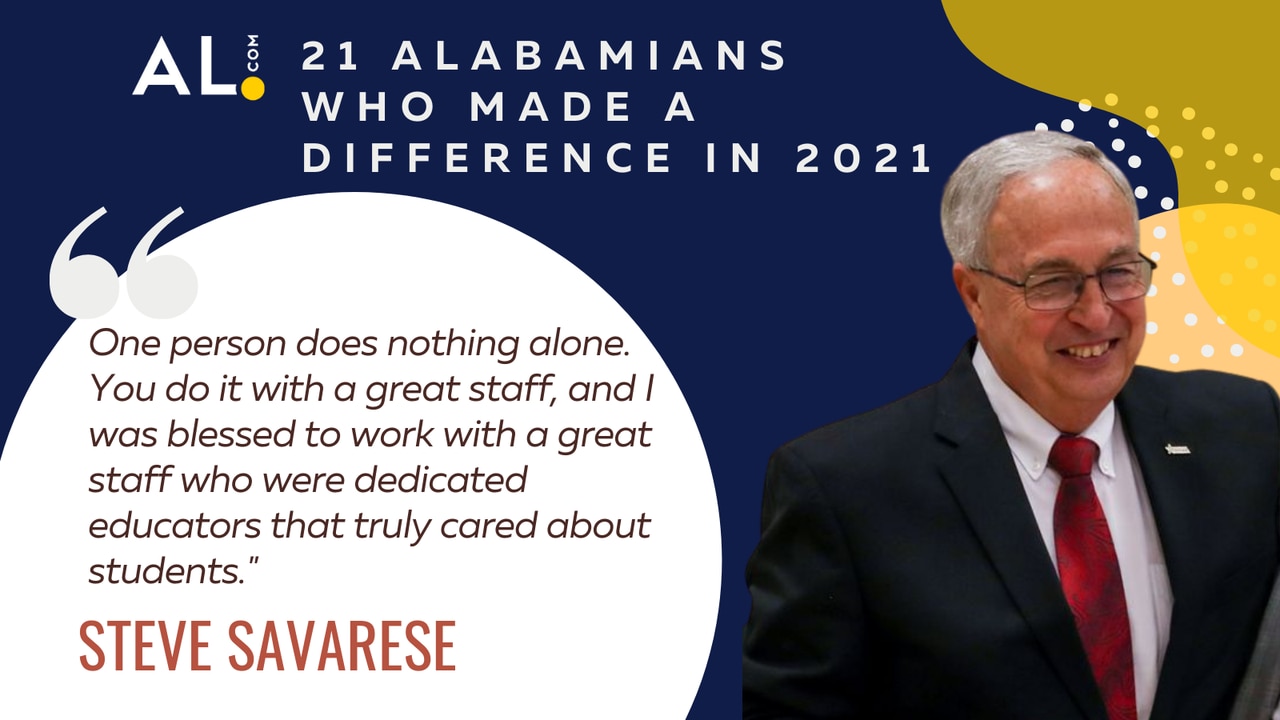 This story is part of AL.comfrom the series “21 Alabamians who made a difference in 2021”, highlighting the people who have made our state a better place to live this year. Stories in this series will be published daily from December 5 to 31. Find all the stories in the series as published here, and discover the Alabamians who made the difference in 2020 by clicking here.

Steve Savarese officially retired as Executive Director of the Alabama High School Athletic Association last summer, but not without leaving a lasting impact this year and throughout his 15 years in the role.

Before stepping down, Savarese led the AHSAA through the most difficult parts of the COVID-19 pandemic. Although spring sports in 2020 did not end their seasons in the midst of the pandemic, all sports in the 2020-2021 school year have crowned champions.

In accordance with his usual position, Savarese has valued himself little.

â€œYou never like to say that you are directly responsible for anything,â€ he said. â€œA person does nothing on their own. You do it with a great staff, and I was fortunate to work with a great staff who were dedicated educators who really cared about the students.

In addition to leading the AHSAA through the pandemic during his tenure, Savarese introduced a milestone revenue sharing plan to benefit schools, directed all championship events to championship-worthy venues, and been a protector tenacious of the association’s rules.

Savarese also left AHSAA in the best financial shape of its 100-year history.

Former St. Paul’s football coach and athletic director Steve Mask said the following when Savarese announced his retirement in the spring: â€œI think his leadership has been really brilliant over the past nine months, probably during the most difficult period in the history of the Association.

Savarese, a 2019 Alabama Sports Hall of Fame inductee, said he and the Association are always looking to improve the lives of coaches, administrators and, of course, student athletes.

â€œWhether we were successful or not, someone else should say it, I guess,â€ he said. â€œWhat I can say is that I really liked each of the kids. I can also say unequivocally that I learned more from the association and its purpose than I have probably ever made. . “

Prior to joining AHSAA, Savarese spent 33 years in athletics and education. He spent 25 years as a football head coach in Alabama – three at Ensley, 12 at Benjamin Russell, seven at Daphne and three at McGill-Toolen Catholic.

He ended his coaching career with 281 wins and the Class 6A State Championship while coaching at Daphne in 2001. His last team at McGill-Toolen in 2006 was 11-2 and lost in quarterback. class 6A finals. The 2010 Alabama High School Sports Hall of Fame inductee also won a state championship in Douglass, Kan. In 1978.

Alvin Briggs took over from Savarese as executive director in July.

Bangladesh @ 50: from a “basket” to a case study, how the country got on the fast track