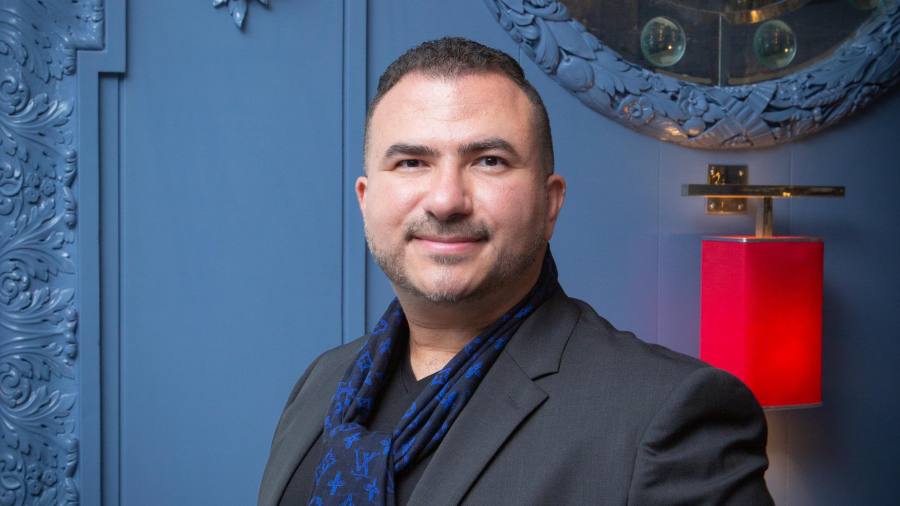 Hussein Ahmed had already founded two companies and sold them for a decent profit when he enrolled in the Executive MBA at Haas School of Business at the University of California at Berkeley in 2017. The Egyptian businessman saw this degree as a means of strengthening his credibility in the eyes of potential investors.

Ahmed, who has a background in computer science, says he has struggled to raise funds for his businesses. â€œEvery time I made a pitch to investors, they would say, ‘You are the coding engineer in the back office; who is actually running the business? I had a chip on my shoulder. I decided to go to business school to get a rubber stamp of $ 200,000.

Looking back, he thinks the EMBA was worth it. The program filled gaps in his knowledge of leadership, finance, and strategy, which helped him think holistically about business challenges.

It was during the EMBA that he had his next business idea. Ahmed had worked as a freelance consultant alongside his degree, but found it difficult to access basic financial services because banks did not understand his work. â€œThey thought it was a shell company for money laundering,â€ he says.

So in 2018, he founded Oxygen, a fintech company that provides digital banking services to â€œfree thinkers, rebels and entrepreneursâ€ with no monthly fees or paperwork required. Today, the company has 120 employees and 500,000 accounts.

Ahmed is one of a growing number of EMBA students who are running their own business or considering doing so. The EMBA has traditionally been viewed as a business degree, but that is changing. One important factor has been the decline in the number of students sponsored by their companies to pursue an EMBA, a trend sparked by the 2008 financial crisis, when organizations cut funding for these expensive degrees.

â€œIn the past, EMBA programs were made up of people sponsored by their organization who worked in a large bank or a consulting firm,â€ explains Lori Rosenkopf, vice-dean of entrepreneurship at the Wharton School from the University of Pennsylvania. “But more and more people are using the EMBA to really think about the future of their careers.”

About 40 percent of EMBA students at Wharton take courses focused on entrepreneurship. As in other schools, data on business start-up and success rates is patchy. Rosenkopf points to research published in the American Economic Review last year which shows that industry experience is a better predictor of entrepreneurial success than the exuberance of young people, suggesting that EMBA courses are an opportunity for young people. seasoned executives.

â€œFolklore is about college dropouts like Mark Zuckerberg and Steve Jobs, but these are very rare results,â€ she says. Among Wharton’s success stories is Marc Lore, an EMBA alumnus who co-founded the online marketplace Jet.com, which he sold for $ 3.3 billion to U.S. retailer Walmart in 2016.

Every time I made a pitch to investors, they’d say, â€œWho’s really running the business? “

TO inside, based in France and Singapore, the proportion of entrepreneurship-focused â€œend projectsâ€ – where EMBA students put their learning into practice – has increased from 12 to 25 percent over the past five years.

â€œStudents are exposed to different perspectives and ideas, and are excited about the business opportunities they discover in our courses,â€ says Adrian Johnson, assistant professor of entrepreneurship at the business school. “They see the EMBA as a safe space to experiment.”

About half of Insead alumni will do something entrepreneurial in their careers, although that doesn’t necessarily mean they will leave their employer. Johnson says some students are reluctant to give up high-paying leadership positions and prefer to be â€œintrapreneursâ€ in a large organization.

Insead supports this practice through a new module on the promotion of scientific and technological research. EMBA participants collaborate with scientists from CERN, the European center for particle physics near Geneva, to help apply their research to businesses. For example, students saw the potential to use CERN’s machine learning technology in anti-money laundering products developed by CipherTrace, a blockchain analytics company, and brought the two parties together.

The coronavirus pandemic has increased interest in the study of entrepreneurship. â€œAfter experiencing the satisfaction of self-reliance during lockdown, more and more people think twice about spending the next 20-30 years making money for someone else or just getting started. alone, â€said Rhonda Shrader, executive director of Berkeley. -The Haas entrepreneurship program, which supports students in launching start-ups.

Some 38% of EMBA students due to graduate from Haas in 2022 have expressed interest in starting a business. Shrader insists that entrepreneurship can be learned, but acknowledges that “entrepreneurship is largely a contact sport, so it cannot always be taught in a classroom”.

The United Kingdom Cambridge Judge Business School takes advantage of its proximity to the cluster of scientific and technological companies of Silicon Fen. Its EMBA students can learn and network with innovators, entrepreneurs and business leaders, who feature as guest speakers, mentors and coaches in the program.

â€œYou can find other ways to gain knowledge and skills and increase the diversity of your network, but that’s a little more important to you in an EMBA,â€ says Chris Coleridge, senior practice professor of management at Judge.

Ahmed sees Haas as the launching pad for Oxygen’s success. When questioned by investors, it received $ 40,000 in seed capital from The House Fund, which invests in Berkeley-based start-ups, and raised around $ 40 million in total for the company. . He also hired three Haas alumni to join the Oxygen leadership team. â€œI don’t think you need it, but it’s super helpful to be the head of a start-up with an EMBA,â€ he says.