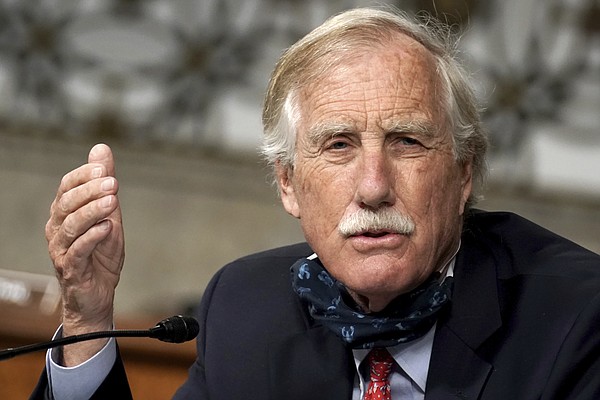 The measure aims to accelerate donations to charities

Wealthy philanthropists have long enjoyed a beneficial way to give to charity: By using what’s called a donor-advised fund, they were able to enjoy tax deductions on their donations long before they gave the money.

These funds do not set any deadline by which donations must reach charities; the donors themselves decide when and where the money goes. Donations cannot be returned to donors.

Critics complain that because the funds provide no financial incentive to donate money quickly, much of it ends up staying in the accounts indefinitely rather than being distributed to charities in need.

This criticism helped drive a Senate bill that would tighten the rules for donor-advised funds and aim to speed up giving to charities. The bill, presented by Sens. Angus King, I-Maine, and Chuck Grassley, R-Iowa, appear to be gaining bipartisan support in Congress.

The bill would make many reforms to donor-advised funds, including creating new categories of accounts.

One type of account would give donors an immediate tax deduction for the money they agree to donate to a charity within 15 years.

The second type would allow them to delay the distribution of their money for 50 years. These donors would not get any tax deductions by then. But they would still benefit from capital gains and inheritance tax savings by donating stocks or gifts into a donor advised fund.

Funds sponsored by community foundations of less than $ 1 million would be exempt from this requirement. But donors with more than $ 1 million in such accounts would only be eligible for initial tax benefits if they distributed at least 5% of their assets each year or donated their money to a charity within 15 years. . Under current law, assets can remain in an account indefinitely, tax-free.

â€œThis is pretty much a bill as sane as I’ve ever seen,â€ said King, who caucus with Democrats.

“The idea of â€‹â€‹getting a tax deduction today for money that might not be paid for 50 years does not make sense,” added the senator. “I understand you might want to put it in a fund and have it managed by someone else. But it has to come out within a reasonable time. Otherwise, it’s tax code abuse.”

The proposed reforms have opened a divide in philanthropic circles among billionaire donors, community foundations and professional associations and sparked intense lobbying efforts both for and against the legislation.

The debate was sparked when John Arnold, a Texas-based billionaire who made his fortune in hedge funds and now co-chairs Arnold Ventures, joined a group of academics and philanthropists to propose a package of reforms under the of a coalition they called The Initiative to Accelerate Charitable Giving. Members of the group met with lawmakers to advocate for the reforms, which were largely incorporated into the Senate bill.

â€œThe money just kept getting bigger,â€ Arnold said. “There was no intention to abuse the system. But the money was piling up just because there was no overriding mechanism.”

Opponents of the bill retort that tighter restrictions on funds are unnecessary as average annual payment rates for them hover around 20%, well above the 5% minimum required of private foundations. Richard Graber, who heads the Conservative Bradley Foundation, calls the legislation “a solution in search of a problem.” (The foundation is affiliated with the Bradley Impact Fund, a donor advised fund sponsor).

Yet without payment requirements, supporters of the legislation claim that fund accounts – which hold about $ 142 billion in the United States – have essentially become warehouses for charitable donations.

A June report from the Council of Michigan Foundations showed that 35% of funds advised by donors sponsored by Michigan community foundations did not distribute any money in 2020, a year marked by enormous need due to the viral pandemic. .

Community foundations, as well as universities, hospitals, faith groups and large charities like United Way also sponsor funds advised by donors. Collectively, they represent 300% account growth over the past 10 years, according to the National Philanthropic Trust.

The Senate bill was referred to the finance committee, although a vote was not expected. A spokesperson for the king’s office said the senator expects a bipartisan version of the bill to be presented in the coming weeks.

“I haven’t met anyone yet to whom I’ve described it,” King said, “who does more than say,” Why didn’t we do this a long time ago? “”

FILE – In this May 12, 2021 file photo, Senator Chuck Grassley, R-Iowa, speaks during a hearing to review President Joe Biden’s 2021 trade policy agenda. A Senate bill that seeks to speed up philanthropic giving to charities appears to be gaining bipartisan support in Congress, targeting a grassroots charity vehicle called donor advised funds. DAFs allow donors to benefit from immediate tax deductions while investing their contributions tax-free. The bill, presented by Sens. Grassley and Angus King, an independent from Maine, would make numerous reforms to CFOs by creating new categories of accounts, among other changes. (Pete Marovich / The New York Times via AP, Pool)

Ex-Goldman executive: US banks need a new take on tech