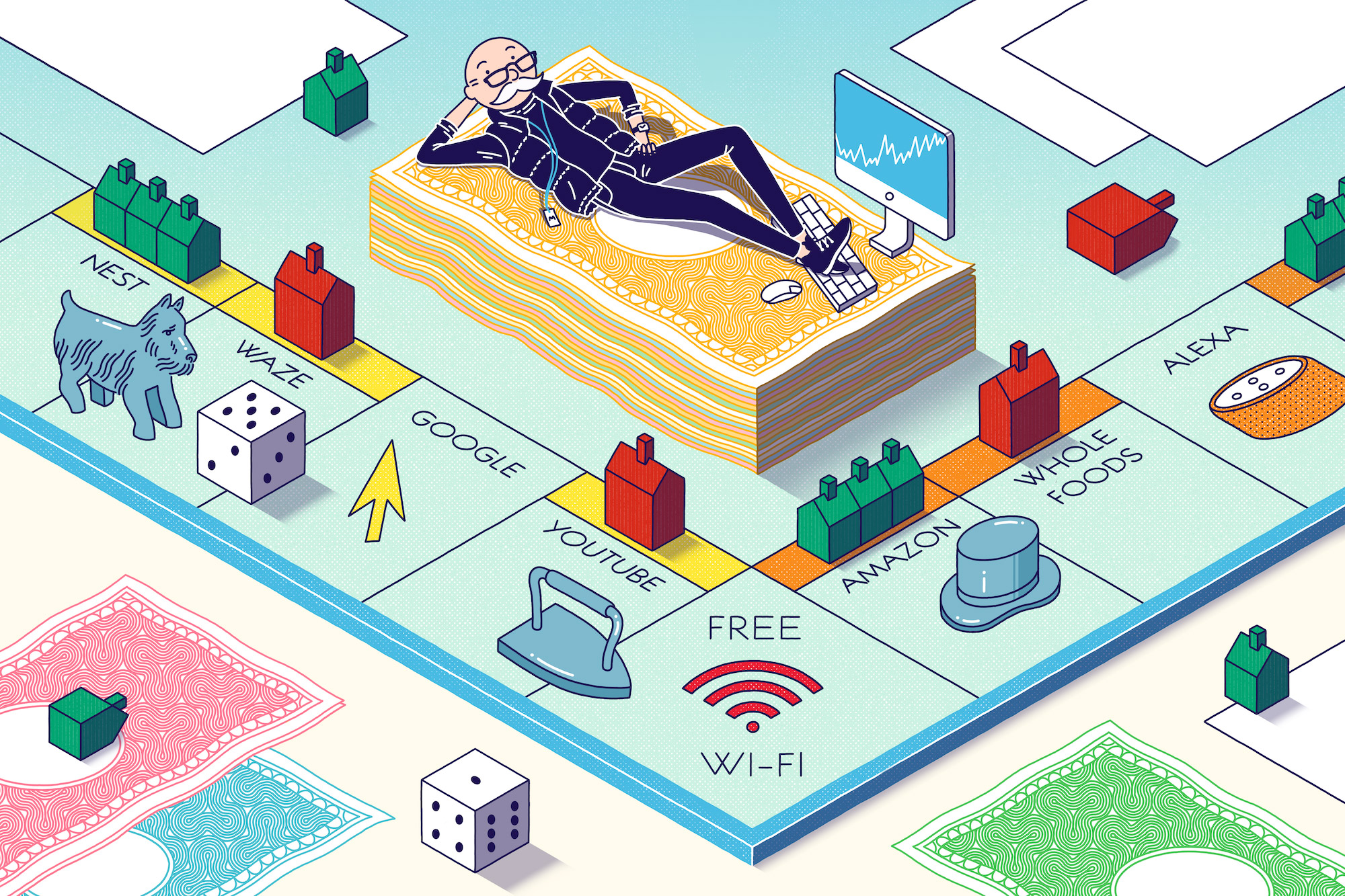 Why this game is different

Monopolies have changed, as well as this larger companies buy. Google and Facebook don’t charge consumers money for their most popular services, but rather collect vast amounts of data about their users which they then use to help target online advertising. Amazon charges low prices, sometimes lower than the cost of manufacturing the products, but boasts of its top-notch customer service.

And by the time new competitors arrive on the board, they often find that the big guys are already occupying the most lucrative squares.

Corporate approaches have made it one of the richest companies on the planet, with market values â€‹â€‹exceeding the economies of many countries, as well as a stranglehold on consumer data that powers much of modern commerce.

Who plays the game now

The traditionalists: “IT ISN’T BROKEN”

This post-1970s school of thought was once the young upstart on the antitrust scene. Today, it is the establishment in power. And its main yardstick for measuring a company’s effect on markets is whether consumers pay high prices.

This idea, known as the Consumer Welfare Standard, was created by Robert Bork, the conservative DC Circuit judge best known for his unsuccessful battle for the Supreme Court nomination during the Reagan administration.

Under this standard, the government would have to block business mergers that would result in higher prices. But that should bless trade deals that aim to increase efficiency, promote innovation, or take other measures that would lower prices.

Based on that logic, federal officials and judges approved mergers and takeovers that reduced the number of competitors in markets ranging from airlines and cellphone companies to cat food and coffins.

According to this view of the law, monopolies are not necessarily bad. Achieving a legal monopoly – and being able to charge high prices – is an important part of the free market because it encourages companies to improve their products. While this may seem incompatible with their intense focus on consumer prices, traditionalists almost always oppose government intervention in pricing decisions, preferring to let the market decide.

The law “simply seeks to prevent illegal monopolization“, said Judge Antonin Scalia in a key 2004 court decision.” To preserve the incentive to innovate, the possession of monopoly power will only be deemed illegal if it is accompanied by an anti-competitive element. conduct. “

Scalia’s exhortation translated into an oft-repeated motto: â€œBig is not bad. Big behaving badly is bad.

For these traditionalists, monopolies are often a sign of ingenuity and consumer preference. Antitrust authorities and courts should avoid challenging companies, except in the clearest and most egregious cases, for fear of stifling innovation.

Reform decision-makers and legislators the school thinks the system has become too tilted in favor of big business. They want to change antitrust laws to make it easier to challenge monopolies again, but without radically changing the existing order.

“Our application tools are rusting,” wrote Senator Amy Klobuchar (D-Minn.) book published this year on the need for antitrust reform.

The antitrust debate should focus less on prices, they argue.

â€œModern antitrust law enforcement and judicial decision-making have become obsessed withâ€¦ [an] economic extravagance, â€Lee said in a September speech to the Federalist Society. But economists “will measure what can be measured and tend to forget what is not.”

Most of the Reform camp, including Lee, always adopt the standard of consumer welfare. But they say courts should expand it to examine how mergers or the conduct of business affects values â€‹â€‹such as choice, product quality or privacy – arguing that traditionalists This approach has contributed to the growth of gigantic technology companies.

â€œThe whole Silicon Valley business model is built on the idea that this is untouchable by competition laws,â€ said Rebecca Allensworth, an antitrust professor at Vanderbilt Law School who focuses on technology and competition.

Reformers They are also arguing for the continuation of the app-based antitrust system in which the Justice Department and the FTC go to court against suspected monopolists – though they want the laws changed to make it easier for the government to win.

The anti-monopolists: “BREAK THEM UP”

Admirers sometimes call these people the New Brandeis School, named after former Supreme Court Justice Louis Brandeis. Critics have derided them as â€œHipster Antitrustâ€. Unlike traditionalists and reformers, this crowd argues that antitrust laws were enacted not only to ensure fair markets, but also to prevent the consolidation of corporate power and protect democracy.

The anti-monopoly school developed in response to the 2008 financial crisis and concerns about banks “too big to fail”. In their view, concentrated corporate power is always bad and the government should seek to break it.

â€œFair market transactions are a political right,â€ said Matt Stoller, research director for the advocacy group American Economic Liberties Project. The anti-monopoly movement seeks to “ensure that people have rights in the market, that they can enter industries and have fair relationships with buyers and sellers.”

Morgan Stanley to frame a new portrait at the helm