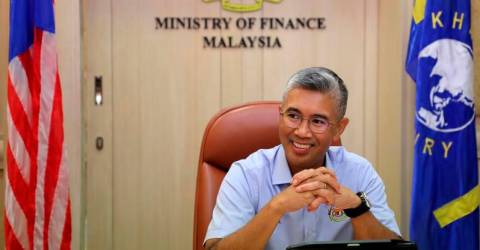 He said the prosperity tax would not impact more than 250 companies, only companies with taxable income of over 100 million ringgit would be taxed.

â€œThe prosperity tax is unique at this extraordinary time and it will be implemented with this in mind. It will be used to ensure that the public health system is more resilient to any threats in the future.

â€œWe have seen several large companies say that the prosperity tax will not affect their dividend payments. For example, Telekom Malaysia, Tenaga Nasional and Axiata have supported this effort, â€he said during the virtual Invest Malaysia 2021 Series 2.

There are over 900 companies listed on Bursa Malaysia, of which 145 earned over RM100 million in their fiscal year 2019.

â€œBut in fiscal year 2020, only 125 listed companies earned more than 100 million ringgit. According to Bloomberg data, only 130 companies have achieved the same level of pre-tax profits in the past two fiscal years. This is a very small number of companies listed on the stock exchange.

â€œDifferent countries have decided to permanently increase their taxes in the future as they recover from Covid-19. For example, in the UK, corporation tax is permanently increased. Saudi Arabia and Indonesia have increased value added tax (VAT), â€said Tengku Zafrul.

In the medium term, he said, the government is considering options to reduce reliance on direct taxes and broaden the revenue base, including moving to a consumption tax base.

â€œMore on this (will be discussed) when the Fiscal Responsibility Law is tabled next year, which will cover medium-term revenue strategy and outline the stages of revenue measures. We want to review tax legislation and modernize tax administration. The prosperity tax is certainly not in this spirit, â€he said.

The finance minister said a more reliable consumption tax would be explored as new tax revenues such as taxation of the digital economy.