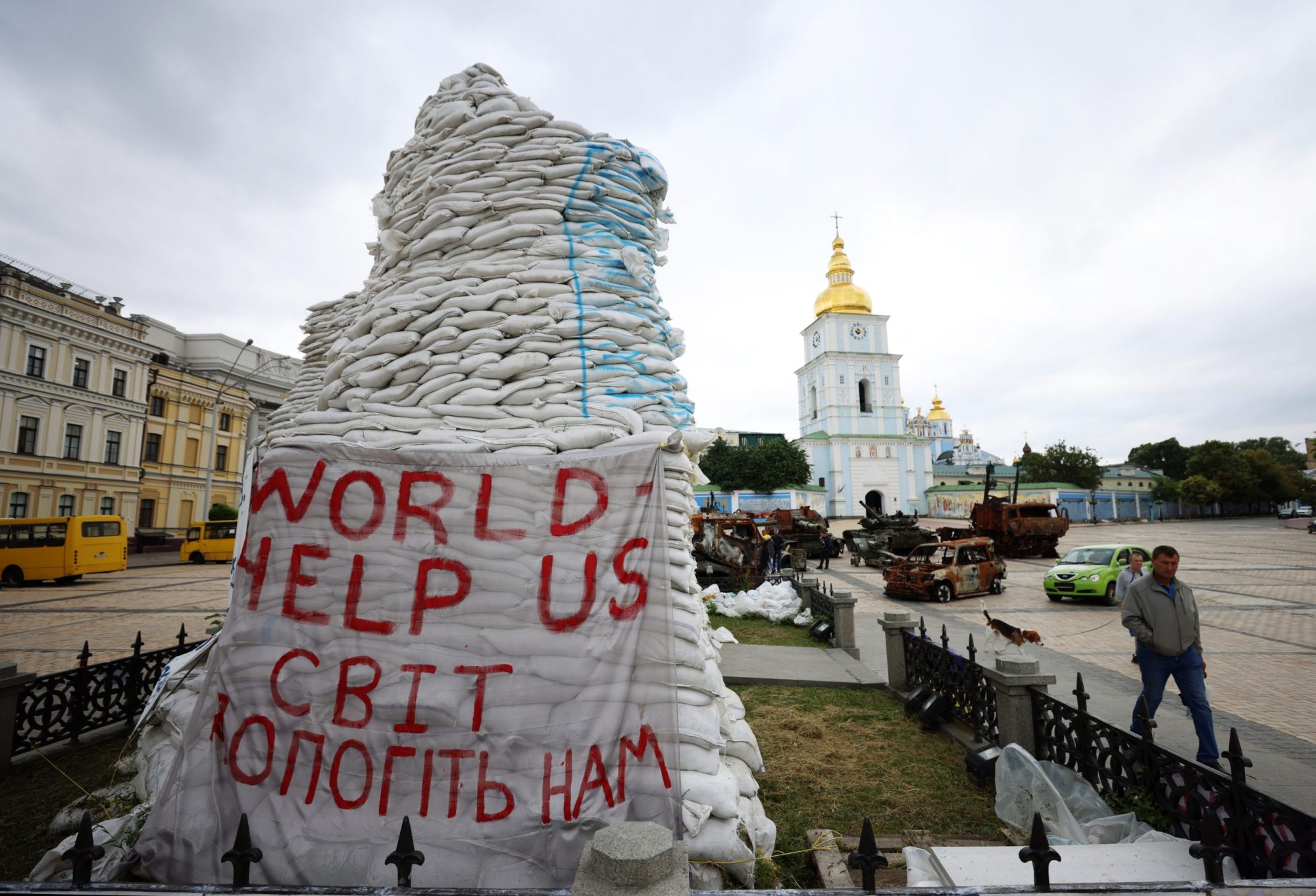 Russia’s invasion of Ukraine devastated the country. Besides thousands of military and civilian casualties, the war also inflicted severe damage on the Ukrainian economy.

In response, the international community is helping to arm Ukraine and also providing emergency funding in an effort to keep the Ukrainian economy afloat. However, much more comprehensive measures are needed to avert what could become a much larger economic collapse. If implemented without delay, the right measures could help protect Ukraine’s struggling economy and set the stage for a strong post-war recovery.

Many Ukrainian companies are currently facing a lack of working capital and other business financing. This is partly due to the absence of political or conflict risk (PRI) insurance, as well as the current shortage of ordinary business or property insurance. As a result, many Ukrainian companies far from the front lines have to close or drastically reduce their activities.

Recent discussions of a post-war Ukrainian Marshall Plan are certainly welcome, but Ukraine needs immediate action from the West on the PRI, general insurance and corporate finance to avoid another deterioration of the country’s already disastrous economic situation. The reconstruction of the Ukrainian economy after the war will cost much more and take much longer if the necessary emergency measures are not taken urgently.

As the Russian crisis in Eastern Europe escalates, UkraineAlert DAILY delivers the best advice from experts from the Atlantic Council, the online publication UkraineAlert and beyond, to your inbox Monday through Friday.

While the recent Ukraine Recovery Conference in Switzerland focused on what is needed for Ukraine’s future reconstruction, there has not been enough focus on what needs to be done now to stop the continued deterioration of the Ukrainian economy.

For starters, it is clear that Ukraine desperately needs PRI. It’s not new. Indeed, since the Russian invasion of Crimea and eastern Ukraine in 2014, repeated calls for the PRI have been made by the BUCC, ICBAC and other international trade associations. Ukraine is currently one of the few countries in conflict that does not have a PRI program. Without PRI to protect Ukrainian property, there won’t be much lending for private reconstruction or new investment in Ukraine.

PRI’s main multinational provider is the World Bank’s Multilateral Investment Guarantee Agency (MIGA). While MIGA has an existing PRI program that can theoretically insure projects in Ukraine, it does not currently work for Ukraine because the actual award of insurance is subject to MIGA’s risk assessments developed using non-war criteria, so PRI applications for Ukrainian projects are usually denied. .

Ukraine needs a tailor-made PRI program which should cover not only major investments, but also those of SMEs and individuals who wish to invest or continue doing business in Ukraine. Partners such as the US, UK, Canada, Japan, Sweden, Norway, and the EU could fund this MIGA-administered Ukrainian trust, ideally with at least $5 billion to start with. Other multinational organizations such as the European Bank for Reconstruction and Development, the World Bank’s International Finance Corporation and the EU’s European Investment Bank should also be involved, with these MICs facilitating their ability to increase lending in Ukraine.

Although the current problem of property and commercial insurance in Ukraine receives little media attention, it is important to recognize that ordinary property and commercial insurance is generally no longer available in Ukraine from insurers famous. Such insurance is basic financial support for investments and businesses and is usually needed to obtain loans for the private development of real estate, facilities and other basic investments. Without this assurance, it seems unlikely that many existing and potential private investors will want to establish themselves in Ukraine, or that much of the financing for construction and other purposes will be made available.

Unfortunately, the most reliable Western insurers have recently mostly withdrawn from Ukraine. As a result, Ukraine no longer has the basic insurance capacity needed to support existing and new investments as well as reconstruction financing. Although there are still a few local Ukrainian insurers, many have a reputation for unreasonably refusing to pay valid claims, so international credit institutions and Western banks and companies in Ukraine often refuse to work with them.

Multinational organizations must urgently work with the Ukrainian government to develop the Ukrainian insurance industry so that it becomes better capitalized and more reliable. A special fund or guarantee scheme should be created, ideally financed by the World Bank, to provide financial support to encourage more insurers to operate in the Ukrainian market despite the current war and the perception that Ukraine is now a riskier place.

In the meantime, Ukraine must immediately open up the Ukrainian insurance market by relaxing its restrictive licensing requirements. This could be done more quickly by exempting reputable foreign insurers, such as those licensed in EU, EFTA or G20 countries (other than Russia), from the requirement to obtain an insurance license. Ukrainian insurance. It should also be permitted for insurance proceeds to be paid by these foreign insurers to foreign currency policyholders into bank accounts in the country of the investor or lender in the event of a claim, in order to eliminate the present risk inherent in the obligation to pay be made only in Ukraine.

The world cannot afford to wait for Russia to be defeated militarily before beginning the work of rebuilding Ukraine and reviving the country’s economy. Instead, immediate action is needed to provide access to PRI as well as general property and business insurance as well as business and property finance. Vladimir Putin seeks to destroy Ukraine’s economy as part of his plan to turn the country into a failed state that cannot afford to support itself or defend itself. If the international community is serious about preventing a Russian victory in Ukraine, it must take urgent action to ensure Ukraine’s economic survival.

Bate C Toms is Co-Chair of the Council of Business Associations and Chambers of Commerce in Ukraine (ICBAC), which represents approximately 10,000 businesses in Ukraine. He is President of the British Ukrainian Chamber of Commerce (BUCC) and runs a business law firm in Ukraine.

The opinions expressed in UkraineAlert are solely those of the authors and do not necessarily reflect the opinions of the Atlantic Council, its staff or its supporters.

The Eurasia Center mission is to strengthen transatlantic cooperation in promoting stability, democratic values ​​and prosperity in Eurasia, from Eastern Europe and Turkey in the West to the Caucasus, Russia and the Central Asia to the East.

Follow us on social networks
and support our work

Image: A message saying ‘World help us’ is posted on a monument covered in sandbags to protect it from shelling in the square outside St. Michael’s Golden Dome Monastery in Kyiv. June 23, 2022. (The Yomiuri Shimbun)