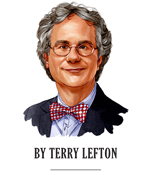 Things get complicated in the financial services sector

The struggle between buyers and sellers of sports sponsorships is as eternal, and often as dynamic, as the seasons. However, of late, changes within financial services have left many in the industry struggling with the most basic questions about definitions and rights within what is, by and large, the most major sponsorship category.

The rise of crypto exchanges as the new “drunken sailor” of sponsorship spending, the pandemic fueling of cashless transactions, as well as the rise of hundreds of hyper-targeted “fintech” startups (corporate verification and fingerprint payment were two) encouraged properties to subdivide a category that had traditionally been divided between retail banking, brokerage and credit cards – if it was divided at all. Now financial sponsors regularly fight over who has the exclusive frequency/loyalty program in specific locations. Even the definition of something as basic as “payment” is now fungible.

“Every financial sponsor wants some form of ‘payment’ in their deal,” said a sponsorship sales vet for an NBA team in a major market. “Crypto just messed up what was a very tidy category. As much of a disaster as force majeure parlance was with the pandemic, now it’s a struggle to reach the finish line with one of them, everyone overlaps.

Legacy financial institutions that once signed sweeping financial services agreements are now seeing their costly entitlements cut long before a renewal is due.

“Our teams want to do business with things like Apple Pay, but payment is where we push back,” said Frank Nakano, Managing Director, Sports and Entertainment Marketing at JPMorgan Chase. “We’ve generally let our teams do crypto transactions, because it’s not a general payment yet. It is difficult for properties not to take on new funds, but our frustration is that many of these categories did not exist when we entered into our initial agreement. »

Wasserman consults for a handful of major financial brands, including American Express, his oldest client. “Technology disruption is causing many categories to overlap and fragment, especially this one,” said Elizabeth Lindsey, President of Wasserman Brands and Properties. “I’ve learned to never underestimate the ability of properties to find new and creative ways to sell things; they measure in millimeters, not inches.

On the sell side, properties are trying to balance their new crypto clients with the needs of their more traditional financial services corporate sponsors. In the case of MLBit means to juggle Mastercard, LoanDepot, Capital One, NetSpend and FTX.

“Any time you divide what used to be a category, creating swim lanes is key,” said MLB CRO Noah’s Garden. “It takes confusion and potential hostility out of the equation.”

MKTG Canada President Brian Cooper represented Scotiabank for some of the largest naming rights deals in the industry. Now, even before some of these agreements expire, they are reduced. “In some cases they’re trying to rewrite history,” Cooper said. “It reminds me of what happened with QSRs, when breakfast suddenly became a separate category. Now they’re trying to say that the technology that delivers banking services makes digital banking services entirely separate from banks. Sometimes we will, but I would be looking for a refund and non-exclusive offers for the other sponsor.

Paragon Marketing Executive Vice President Tony Schiller recognized that as dynamically as blockchain and crypto have grown, the definitions of financial services are changing on a monthly basis. “The micro-definition of categories is changing exponentially, especially in the financial sector,” said Schiller, whose agency represented NCP Bank for years. “On the other hand, teams are asking to largely reserve payment and fintech for other sponsors, but those terms could mean almost anything now.”

As the industry adapts, new terms are created, along with new currencies.

“Companies have been trying to grab land, looking to buy out what they call our ‘de-fi’ (decentralized finance) category,” said a business development manager for a stick-and-ball league. “We don’t even know what that means. And who knows what this category will look like or be worth in a year or two? »

“It used to be as simple as retail banking and investment banking,” said Brian NapoliVice President, Corporate Partnerships for the Philadelphia Eagleswith Lincoln Financial as the stadium’s naming rights sponsor since it opened in 2003. “Now it’s that delicate balance between maintaining trust with your partners, while trying to grow revenue.”

It looks like a situation that will get worse before it gets worse.

With all the new crypto spending in sports, that’s just 3% of all financial sponsorship deals, according to SponsorUnited to research. So far, these are the spend of crypto exchanges, but what happens when these exchanges start trading other types of stocks? Or where crypto payouts equal PayPal or MasterCard? One of the reasons crypto companies seek out sports sponsorships is the legitimacy they convey and drive them to become a daily payment vehicle.

“There is a large and growing number of fans in this [crypto] space and we’d like to make sure they eventually have the option to use their preferred currency when shopping with us,” MLB’s Garden said.

The confusing category of financial services could reinvigorate an old concept that has never seen many deals, assigning sponsors to separate platforms rather than categories.

“Exclusiveness is always valued, but it makes you wonder if there’s an evolved way of thinking,” said Seth Jacobsco-manager at CAA Brand Consulting, whose financial services clients include Chase and LoanDepot. “You know, Coke and Pepsi, Bose and Beats are never going to live together, but some will.”

“We are working on global policies, but the category changes from meeting to meeting,” Nakano said, noting that Chase now has its own blockchain currency: JPM Coin. “We want definitions, but until things slow down, it’s going to be one of those ‘know it when you see it’ things.”

Terry Lefton can be contacted at [email protected]

Why Tax Refund Loans Are Bad: Fees, Interest, and Risk

What are they and why are they important?