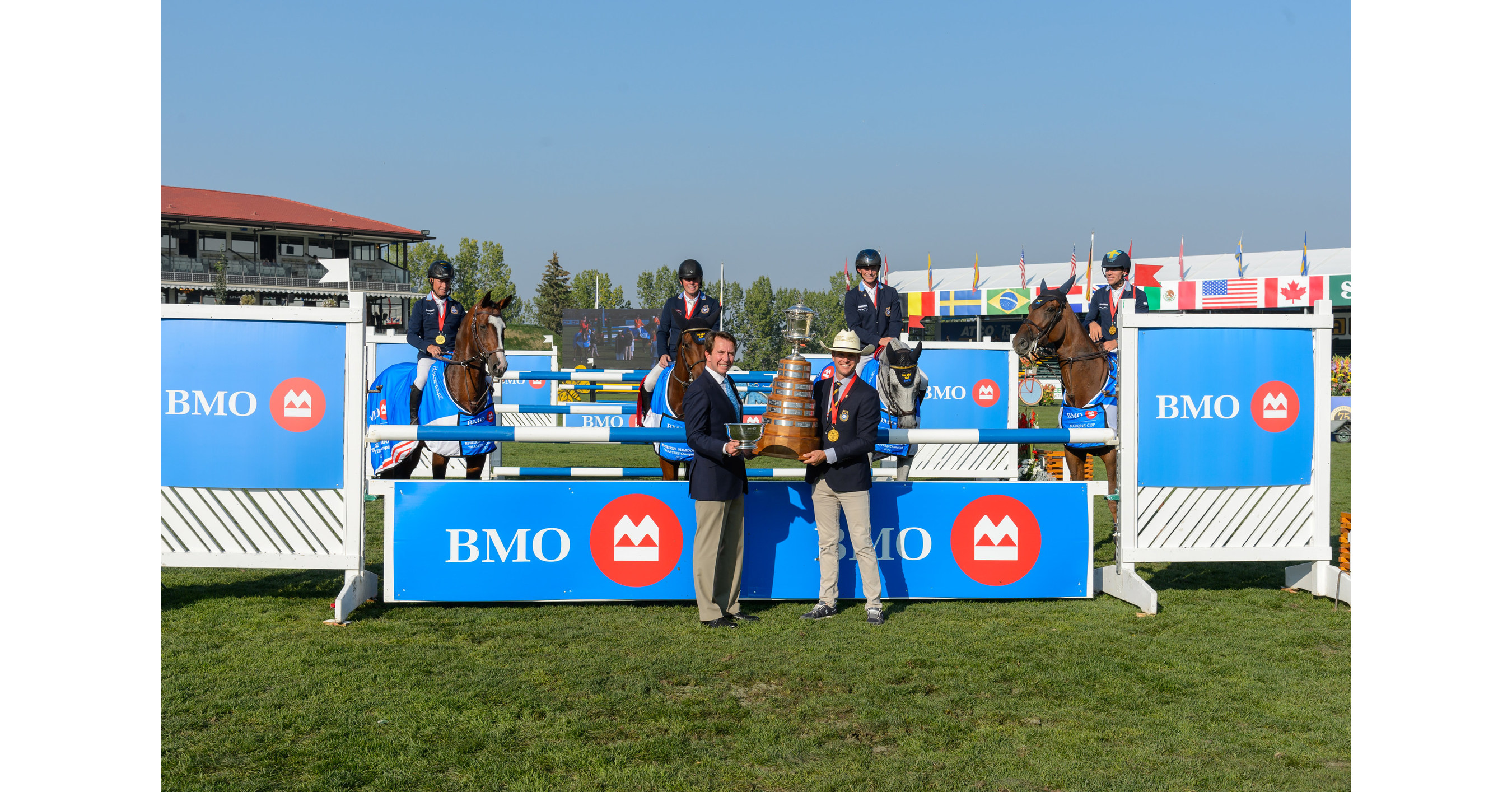 Eight of the world’s top show jumping teams, each made up of four members selected by their national federations to represent their country, competed for the prestigious title of champion. The course was designed by the Olympic course designer Leopoldo Palacios of Venezuela and featured 15 jump efforts, covering 475 meters.

“We are thrilled to return to Spruce Meadows to compete in this exciting show jumping event featuring the best equestrian riders in the world,” said Meghan Meger, Co-Head, BMO Private Wealth Canada. “BMO is a proud long-time sponsor of the BMO Nations Cup as it represents our ongoing partnership with the Southern family and equestrian sports in Canada.”

About the Nations Cup

The BMO Nations Cup is the only competition in which nations are represented by selected teams. Teams from participating countries can be made up of three or four riders and are led by a team manager. Each member of each team will jump a round on a course of 12 obstacles. Each team’s top three scores are added together for a first-round total.

The top six teams return in reverse order of standings to jump the same course in round two. Again, each team’s top three scores are added to the first-round total to determine the eventual winner. In the event of equal penalties for first place, the Team Manager appoints a single team member for the start.

Serving customers for 200 years and counting, BMO is a highly diversified financial services provider – the 8th largest bank, by assets, in North America. With total assets of $1.07 trillion of the July 31, 2022and a diverse and highly engaged team of employees, BMO offers a wide range of personal and commercial banking, wealth management and investment banking products and services to more than 12 million customers and operates through the through three operating groups: Personal and Commercial Banking, BMO Wealth Management and BMO Capital Markets.

How to Measure Success | Philstar.com