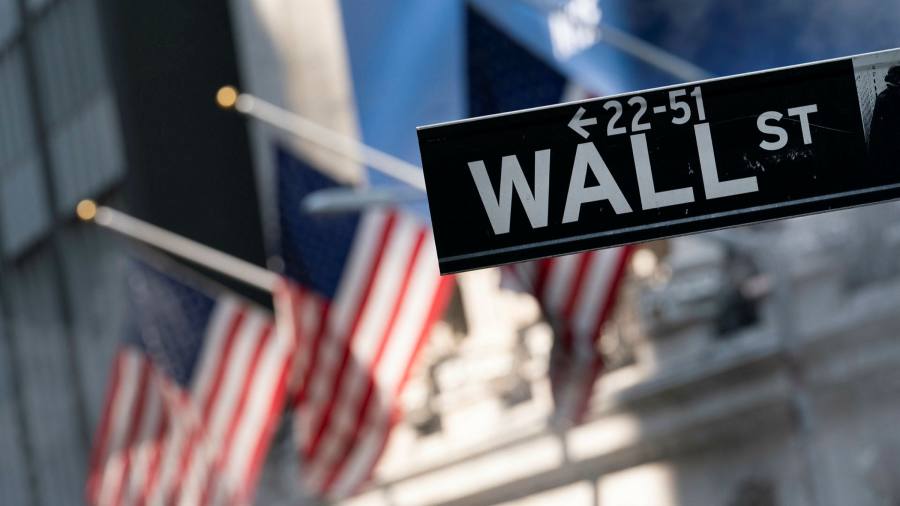 Wall Street must be clearer on the issues of succession

We will send you a MyFT Daily Summary email gathering the latest news from US banks every morning.

The writer is a former investment banker and author

The most important decision a CEO can make is to choose his successor. So why are so many top executives botching it?

As part of the research for my upcoming book on the Rise and Fall of GE, I spent many hours with Jack Welch, the company’s legendary CEO, before he passed away in March 2020.

When we first met, over a hot dog and tomato soup lunch at one of his two golf clubs in Nantucket, and before I could sit down, Welch blurted out that ‘he had made a terrible mistake in choosing his successor, Jeff Immelt, who he blamed for GE’s decline. He was consumed with guilt and wanted me to know that he believed his legacy would be forever marred by that one decision. (He actually used more colorful language.)

Welch wasn’t the only one struggling with the succession. Just look at some of the biggest beasts on Wall Street. Not all the big banks, of course. Goldman Sachs and Citigroup appear to have chosen wisely and well in recent years, with David Solomon and Jane Fraser, respectively, succeeding Lloyd Blankfein and Michael Corbat.

James Gorman, who was managing director of Morgan Stanley for 11 years, will retire in three years, at age 65, and has set up a succession fight between Ted Pick, effectively head of the investment bank, and Andy Saperstein, head of fortune. management. Elsewhere, the situation is less clear.

At JPMorganChase, the country’s most valuable bank, Jamie Dimon, who has been managing director for over 16 years and is already 65, is trying to figure out who will be his successor.

But, first, he must know when he is leaving. He has had a few health issues, including emergency heart surgery in 2020, leaving Daniel Pinto and Gordon Smith to run the bank in his absence. But neither of these men is a clear candidate to succeed Dimon. Smith will retire at the end of this year and Pinto, 57, may be too old by the time Dimon retires.

Either way, Dimon, who looks fit like a violin these days, isn’t going anywhere anytime soon. In July, the independent directors of the board of directors of JPMorganChase granted Dimon a special one-time grant of 1.5 million options. They can only be exercised if he stays and runs the bank for another five years, although the board says “there are some limited exceptions” to this rule.

Even though Dimon has organized his own horse race between Marianne Lake and Jennifer Piepszak, the recently appointed co-heads of the consumer credit and community banking business, it’s clear the board wants him to be in. charge until he is 70 years old, or even more.

“This special award reflects the desire of the board of directors to see Mr. Dimon continue to lead the company for a significant number of years to come,” the company said in a regulatory filing.

The Jamie Dimon coaching tree is legendary on Wall Street and filled with ambitious executives who are tired of waiting for Dimon to leave. Among others, there is Jes Staley, CEO of Barclays; Charlie Scharf, CEO of Wells Fargo; Bill Winters, CEO of Standard Chartered Bank; and Seth Bernstein, CEO of AllianceBernstein.

Who knows what will happen in five years, or if Lake or Piepszak will stick around to see Dimon step off the scene.

Then there’s the uncertainty of unorganized succession hanging over Bank of America, the country’s second-largest bank.

At the end of August, the bank announced the departure of two senior executives: Tom Montag, 64, chief operating officer and longtime director of Merrill Lynch, its investment banking subsidiary, and Anne Finucane, 69, vice -President of the bank.

Arguably neither Montag nor Finucane were in a position to succeed managing director Brian Moynihan, who, like Gorman at Morgan Stanley, has been in charge for 11 years. Moynihan is 61 and isn’t going anywhere.

On September 10, Moynihan announced a series of next-gen leadership changes and indicated he would stay until the end of the decade. He did not specify who was in line to succeed him. This worries some Wall Street analysts.

“It’s not like it’s a horse race where you have two or three,” Mike Mayo, research analyst at Wells Fargo told me. â€œIt’s more like the Kentucky Derby. ”

The lack of clarity on the succession of two of the world’s largest banks is not a good idea. It seems to me that Gorman and Blankfein did it right – put two candidates in succession, step aside most of the time, and let them face off against each other.

Unless they want to end up with regrets, like Welch, it’s time for Dimon and Moynihan to clarify who is in a position to succeed them. “[When] you choose a CEO, you choose the fate of a company, â€Welch told me before his death, with more than a little sadness.