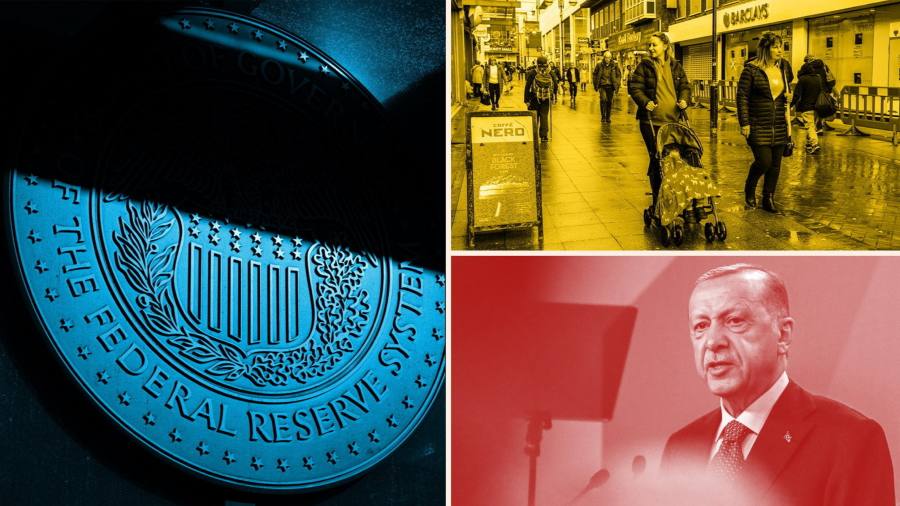 Turkey’s rate-cutting streak is set to continue when policymakers meet on Thursday, as its president calls for its key interest rate to drop to single digits this year, even as inflation accelerates beyond 85%.

Sahap Kavcıoğlu, the central bank governor, acknowledged his inability to curb inflation, but said last month he expected price growth to peak this fall after hitting its highest level in a quarter century.

He faces pressure from President Recep Tayyip Erdoğan who wants ultra-loose monetary policy to revive the economy ahead of next year’s election. Erdoğan has called himself an “enemy of interests” and, contrary to mainstream economic theory, believes that high rates fuel inflation rather than slow it down.

The policy of growth at all costs has hurt the lira, which has lost nearly 43% of its value against the dollar in one year. The lira has stabilized in recent months after a series of central bank interventions and government policies.

Turkey’s real interest rate, which adjusts for inflation, is among the lowest in the world at minus 75%. Many economists now ignore bank policy decisions, and private banks rely on other interest rates that move independently of the benchmark, such as deposit rates, said Haluk Burumcekci, founder of Burumcekci Research. and Consulting.

What will the PMI data reveal about the health of the European economy?

A series of closely watched business confidence surveys should add evidence that the UK economy has already fallen into a recession and the euro zone is following behind.

The purchasing managers’ index, published on Wednesday, should show a contraction in activity compared to the previous month.

Economists polled by Reuters expect Britain’s composite PMI, a measure of activity in the manufacturing and services sector, to have fallen to 47.5 in November from 48.2 in October. Any reading below 50 indicates a majority of companies reporting deteriorating activity.

The UK economy has already contracted in the second quarter and the Office for Budget Responsibility, the independent body responsible for analyzing public finances, expects it to be in recession until the last quarter of the year. next year as high inflation and higher borrowing costs hit households and businesses.

Analysts also expect the euro zone’s PMI to contract even as its economy grew in the third quarter. Economists expect the PMI Composite to fall to 47 in November from 47.3 the previous month.

“With little major news to change the economic narrative and inflation still high at 10.6% in October, we expect economic conditions to remain weak,” said Ellie Henderson, economist at Investec.

Many economists expect the eurozone recession to end in the first quarter of next year, with government support measures contributing to a recovery from the spring.

Frederique Carrier, head of investment strategy at RBC Wealth Management, noted that “the UK appears to be the first major economy to enter recession and could be the last to emerge.” Valentina Romei

What did Fed officials discuss at the last policy meeting?

Federal Reserve officials agree that the central bank should continue raising interest rates, but opinions differ on the peak of the interest rate cycle.

Minutes from the Fed’s rate-setting meeting in early November will provide clues as to what was discussed by policymakers when they enacted their fourth consecutive 0.75 percentage point hike.

Since the last meeting, Mary Daly, who heads the San Francisco branch of the Fed, has said the central bank could raise rates to a range of 4.75 to 5% and then take a break, while the president of St Louis branch Jim Bullard is more hawkish and has suggested the benchmark rate could go as high as 7 percent. The central bank has already pushed the federal funds rate from near zero at the start of the year to a range of 3.75-4%.

Mixed signals on the state of the economy also clouded the outlook.

On the other hand, the October Consumer Price Index and Producer Price Index reports indicated a slowdown in inflation, but both figures are well above the target for Fed 2% inflation.